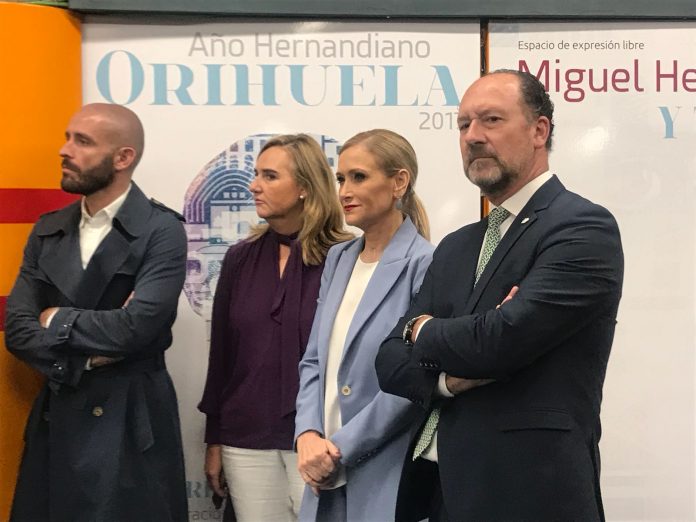 The mayor of Orihuela, Emilio Bascuñana, was in Madrid on Monday where he presided over an event held at the metro station “Miguel Hernández”, along with the president of the Community of Madrid, Cristina Cifuentes and the Transport delegate, Rosalía Gonzalo.

The event was intended to pay homage to the Orihuela poet in his Hernandiano Year, the 75th anniversary of his death in an Alicante jail. It was also attended by the second deputy mayor, Rafael Almagro and the Councilor of Culture of the Community of Madrid, Jaime de los Santos, as well as the representative of the Madrid Metro, Borja Caravante. 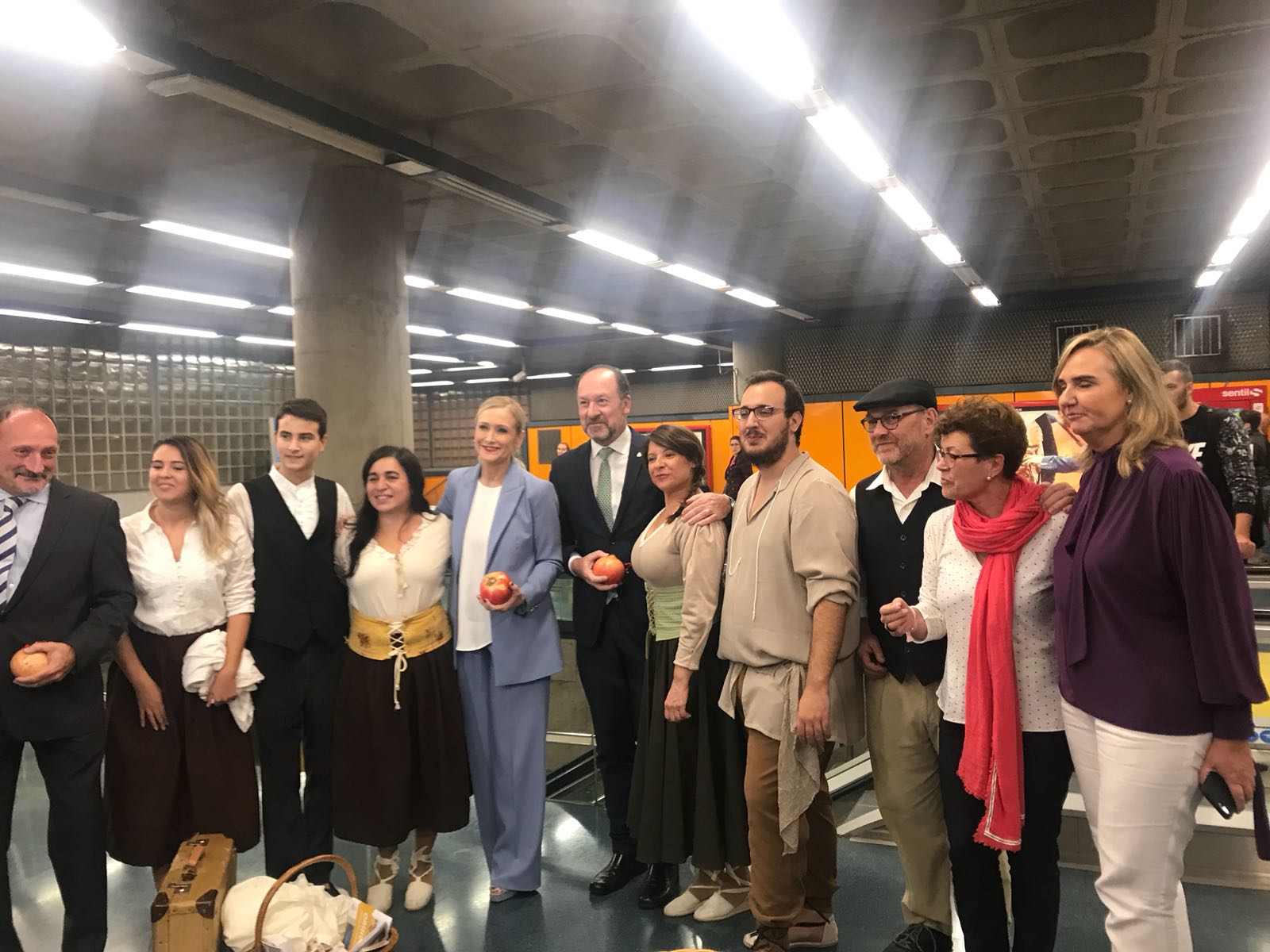 Bascuñana said that “this was a unique opportunity offered by the Community of Madrid to unite the two cities that marked both the life and work of Miguel in the commemoration of the 75th anniversary of his death: Madrid and Orihuela.”

He continued “We oriolanos want to share Miguel. And that’s why, because we want our message to be very close to the people of Madrid, we have distributed his image across the metro network. ”

In total 150 posters have been mounted across the Metro Network and have already been seen by over two million travellers who use this means of transport every day. The Metro Styation bearing his name has two posters, one with his promotional image and the other which allows travellers to write and share their messages about the poet.