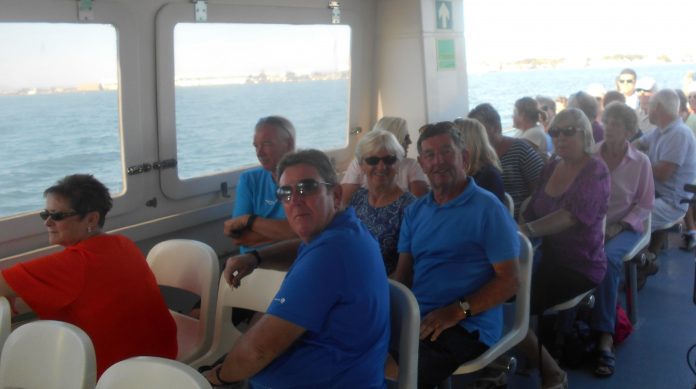 Two, out of the ordinary, trips occurred last week for the Torrevieja U3A Group.

First off was the lunch clubs monthly outing which took place at Monroes Restaurant in Moraira where a lovely meal with liquid refreshments was enjoyed by all.

This trip incorporated an earlier visit to Benidorm where the members, ladies especially, were able to pick up some bargains in the shops or at the weekly market.

In a few cases these proved to be extremely handy for some as they were able to change into their new clothes on board the coach, after being drenched in a sudden, short-lived hail storm which caught a few people out upon leaving the restaurant!!

Although they got a good soaking, it did not put a damper on the day out!!

This event was followed later in the week by a short walk by the Easy Walking group from Santiago de la Ribera to the ferry terminal on the Mar Menor whereupon the walkers were able to test their sea-legs on a ride across to La Manga.

A visit to the local hostelries on arrival helped in their recovery before returning to their vehicles for the drive home after a lunch.