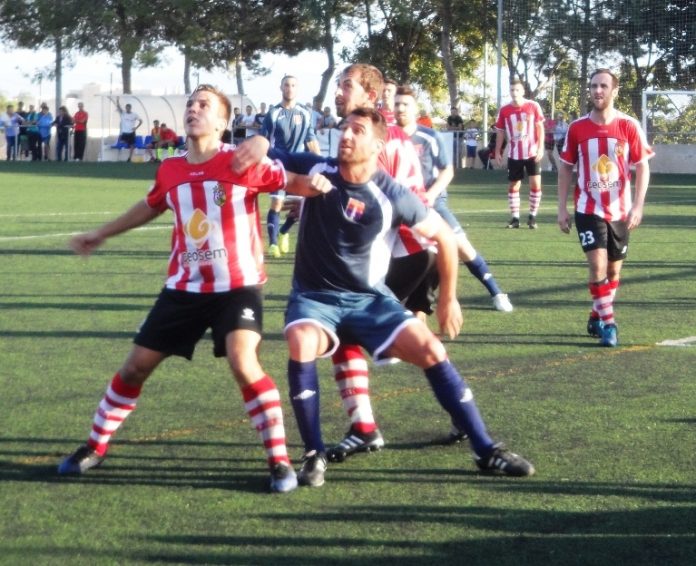 Monte came into this game, mid-table, against the unbeaten league leaders, but Monte were not fazed in any way.

Monte were straight on the attack, and winning numerous balls midfield. The vast majority of play in the first half was in the Horadada half of the field. Monte’s main target man for the long ball was Manu Sanchez, who made some good long runs and passes into the centre. Maccan was all over the field marshalling his players, continually dribbling the ball between 3 or more Horadada players. 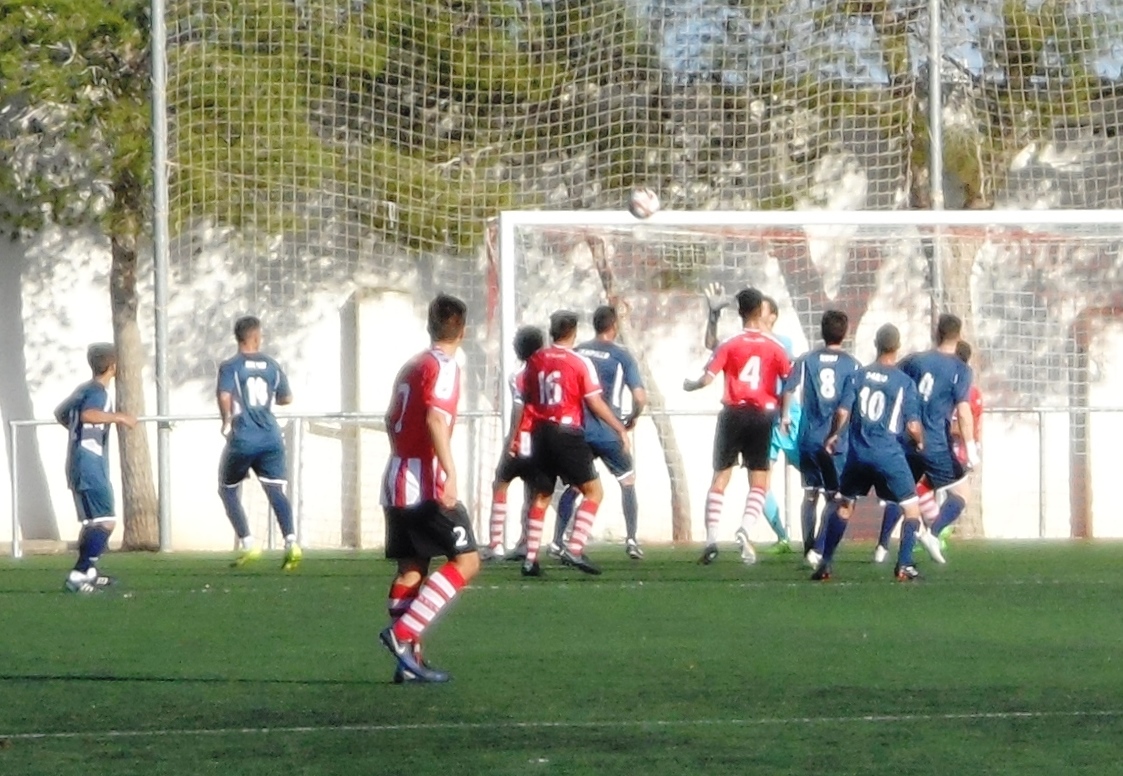 Horadada goalie saved shots from Dani Saez, on 9minutes, another shot from him went wide on 11minutes, and Guirao put the ball over the bar on 16 minutes, Carlos Ventura tried to place the ball in the net on 21 minutes, but was saved, Vaz hit the post on 25 minutes following a great run through their defence, then on 40 minutes Guirao once again shot wide.

At half time the score was 0 – 0, but Monte should have been well ahead. The second half started exactly the same, with Monte on top. In the first minute Luis was brought down in the box, but no penalty given.

Then on 59 minutes against the run of player, a Horadada goal came from a loping shot over Dani’s head, he possibly blinded by the setting sun. Horadada’s second goal came on 70 minutes with a final goal 3 minutes into extra time. Throughout the game, Horadada picked up numerous yellow cards for fouls, but the expected red card didn’t happen.

On this showing, Monte should have no fear of their oppositions, they played extremely well, the score-line not justified. Match played in front of a large crowd of 375. Maccan was judged to be Man of the Match.

CD Montesinos will travel to Alicante to play C.F.B. San Gabriel De Alicante,
on SATURDAY 28th October 2017, kick-off 6.00pm.
To be played at Polideportivo Municipal “Juan Antonio Samaranch” F-11, situated at Calle Paraguay, 3008, Alicante. Directions for those who wish to risk it!!! A70 towards Alicante, turn right onto A31 towards Alicante, 2nd available right turn, then immediate right, ground is on the right. Road closures, and change of road numbers excepted!!! Best of luck!!!
Travelling supporters to meet at Bar Tambalache at 4.30pm.

Orihuela Costa Veteranos trip to Monovar ends with defeat after a promising start !!

Unique Dog Traits Based on Breed

Gardening on the Costa Blanca – Freesias