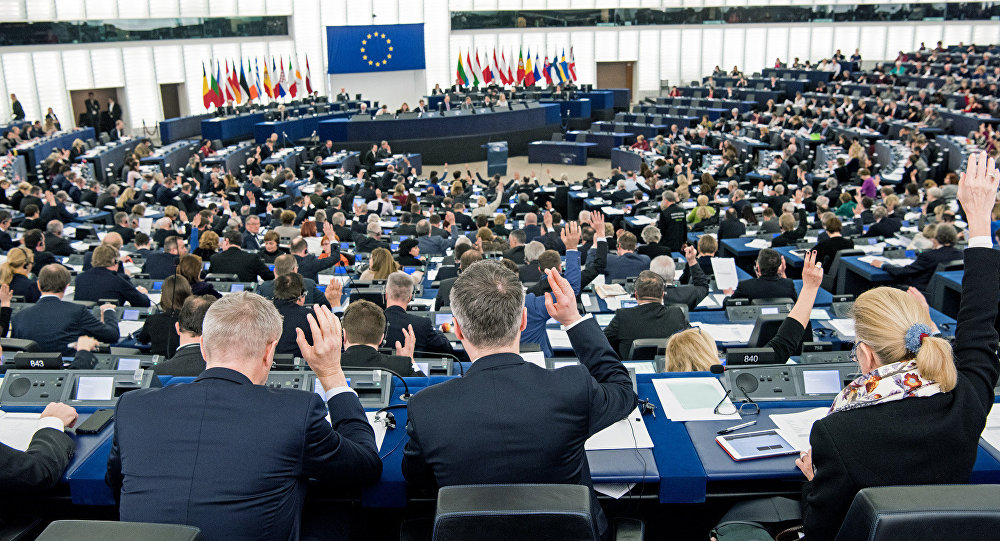 Lack of progress in Brexit talks, Catalonia question, endocrine disruptors and better protection of air passengers’ and workers’ rights: a week in the workings of the EU

On Tuesday MEPs criticised the lack of progress in the Brexit talks on citizens’ rights, Northern Ireland and the UK’s financial commitments.

On Wednesday MEPs held a debate on the constitution, rule of law and fundamental rights in Spain, further to events in Catalonia. Concluding the debate, President Antonio Tajani said: “From this Parliament, there is a call for calm and profound deliberation, which will encourage dialogue in Spain.”

MEPs rejected a European Commission proposal that would have exempted some chemicals in pesticides from having to be assessed on whether they disrupt the endocrine system but voted in favour of updating passenger ship safety rules to facilitate rescues when disaster strikes.

Parliament also set out its recommendations for the COP23 meeting in Bonn, Germany, in November, calling on EU leaders to strengthen the EU’s climate goals and implement the Paris agreement with EU law.

In a resolution adopted on Tuesday, MEPs asked for firmer action to prevent cyber-attacks on critical infrastructure and interference in democratic processes and for better cooperation to fight networks of sexual abusers.

Later that day, they called for better protection of passengers’ and workers’ rights, following Ryanair cancellations.

On Thursday, Parliament gave its green light to establish the new European Public Prosecutor’s Office to step up the fight against fraud and misuse of European funds.

To combat child marriages we need measures such as education, economic empowerment and participation in decision-making, as well as better access to services on sexual and reproductive health, said MEPs in a resolution adopted on Wednesday.

EU countries must improve conditions in prisons and address overcrowding to favour inmates’ rehabilitation and prevent the risk of radicalisation, MEPs said in a resolution adopted on Thursday.

You Can’t Be Serious – Constant change is here to stay…