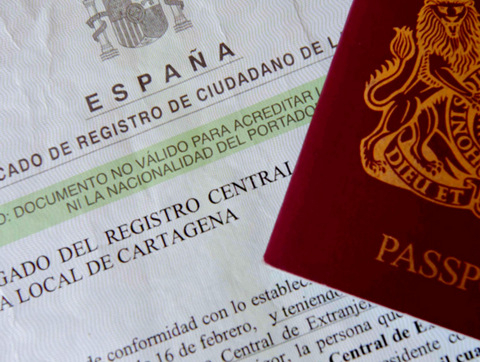 Every month the National Institute of Statistics (INE) sends every Spanish Town Hall a list of those foreigners who are obliged to confirm their residence, as the official population of every town should be the same as the data held by the Interior Ministry. On the 1st January 2017, the number of people officially residing in Mojácar according to the INE was of 6,147 opposed to the 8,486 citizens on the town’s “Padrón”, making a discrepancy of 2,339.

Registrations on the Padrón are fundamental to the running of the town as the number of people registered directly affects the national funding that is available to provide local services and employees such as doctors, teachers and police officers. The process at the town hall is easy, free of charge and also provides a vital document that is required for many procedures.

For EU residents to remain on the Padrón, they need to be registered with the Registro Central de Extranjeros (Central Foreigners Registry). This means that they must have applied for Spanish Residency (green residency document), although this has nothing to do with their tax status, as that is a separate matter. If residents have not applied for residency, the Ministry of the Interior will assume they are not residing in Spain and will tell the INE to remove them from the local Padrón.

Mojácar Council is obliged to maintain a an accurate register of the population and over the years has sought to inform the foreign residents about their obligation to confirm their residence by placing “Bandos” (Public Notices) around the village and publishing notices in the local press, as well as asking the local Police to remind people of their duty.

In accordance with the Ministerio de la Presidencia resolution of the 16th March 2015 (in the last paragraph of rule 7), in the event of anyone not confirming their residence, an automatic process will be instigated to remove them from the relevant Padrón.

In March 2017, the number of foreigners that needed to confirm their residence was 2,321 and, after months of work Mojácar Council has managed to confirm the residence of 332 people and are seeking to further increase this number. The remaining 1,989 foreign citizens appear, for one reason or another to no longer live in the town.

Mojácar Council continues to do its utmost to verify the maximum number of foreign residents whose presence is highly valued by the municipality. The Local Police in conjunction with the INE have spent a lot of time and effort so that all these residents can confirm their residence and continue to be on the Mojácar Padrón.

It is very important that all the EU residents remember to renew their residence in the town every two years if they are not yet registered in the Central Foreigners Registry, or every five years if they are registered. If this is not done, then according to the afore mentioned Ministerial Resolution, all Town Halls must inform the INE if these persons continue to reside in the town and if not, remove them from the Padrón.

Anyone who is not already on the Padrón or believes that they may have been removed from the list in error, or are unsure, should check with the Town Hall.