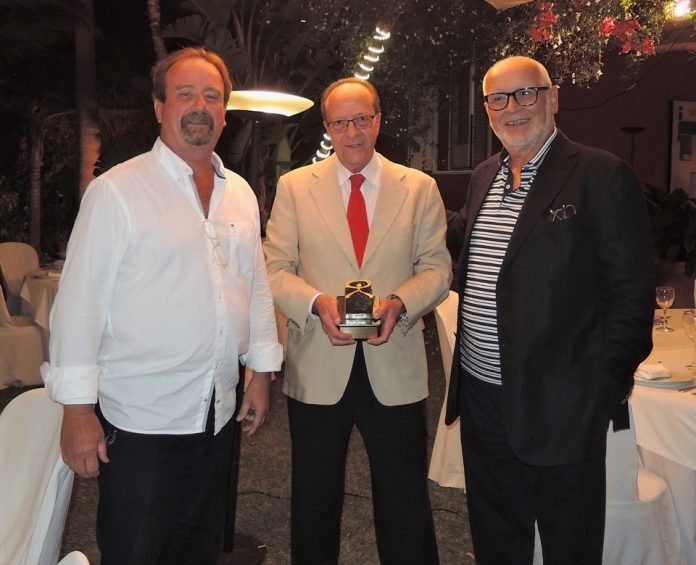 Last weekend, Mojácar hosted the 1st Literary Publications Conference, which was organized by the ACLA “Acción Cultural del Levante Almeriense” in the town’s National Parador Hotel and, attracted many of the leading lights in the Andalucian literary world.

The inauguration was attended by Francisco López Barrios, General Coordinator of ACLA, Conference Organizer and Director General de Innovación Cultural y del Libro, Antonio José Lucas Sánchez, Mojácar’s Mayor, Rosmari Cano and the writer Antonio Hernández, who acted as Conference President of Honour. Antonio José Lucas thanked the Mayor for the Council’s collaboration on the event, which he described as “a success” for the literature world “to become more aware of as a sector.”

He also highlighted ‘Andalucia’s talent’ and Mojácar’s importance as a platform and host of this important forum, along with the support of the Centro Andaluz de las Letras for this initiative and, he pledged to support and follow-up its conclusions.

The Mayor in turn welcomed all the attendees and highlighted the cultural and artistic tradition of the town and its affirmation as a reference point of intellectuality through his type of initiative.

Among other important participants, were acclaimed writers such as Antonio Hernández (National Prize winner for Literature and the Critics Awards), José Ramón Ripoll (2017 winner of the Loewe Poetry Prize), Antonio Garrido Moraga and Antonio Chicharro.  As well, there were important figures from Writers’ Associations and political writers such as Jose Sarriá, Secretary of the Association Collegial of Writers and Juan José Tellez, Director of the Centro Andaluz de las Letras.  Also present were representatives from the top companies in the publishing world, such as Fundación José Manuel Lara, Valparaíso Ediciones and Dauro. 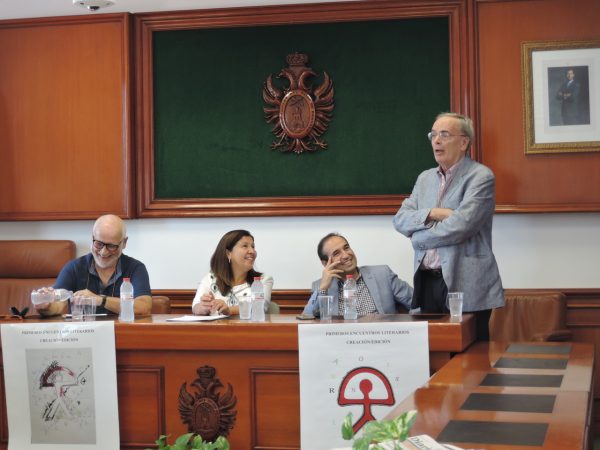 During the Conference, a number of the proposals debated were approved and, a seal of literary quality was created by the Committee, which will be published together within a framework document by the Asociaciones de Escritores Nacionales y Andaluzas with the aim of standardizing and regulating issues for the writers within relevant Institutes and Universities.

During the closing ceremony on Sunday September 23, Antonio Sánchez Trigueros, Professor of Granada University and former Vice-Chancellor of the Menéndez Pelayo University, was presented with an ‘Indalo de Las Letras’ from the Coordinator, Francisco López Barrios and Association Secretary, Javier Loustau.  The Indalo de las Letras is an honorary arts award established by the Conference organisers and the ACLA, to be given as a tribute to a prominent personality in Andalucían culture.

The working sessions over the course of the weekend brought together the participants to debate professional writers’ problems from academic, editorial and associated viewpoints, raising issues in current literature and editing from various Andalucian perspectives along with the coexistence between small and large publishers.