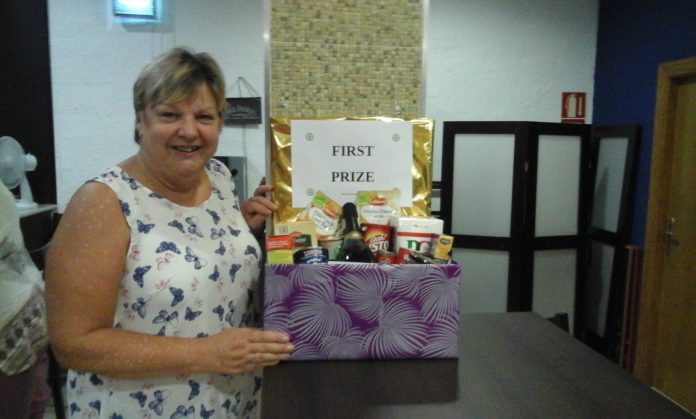 There was a full house for the Fun Quiz held at Cafe Almoradi in aid of Huntington’s Disease sufferers on 16th September 2017.

It was a close fought contest , eventually won by a team of 4 “AJ Concern” from El Raso.  The same team also won the “Spot Prize” of 25 euros, kindly donated by Paul Bell from Golden Leaves (Funeral Plan Company), who also attended the event. 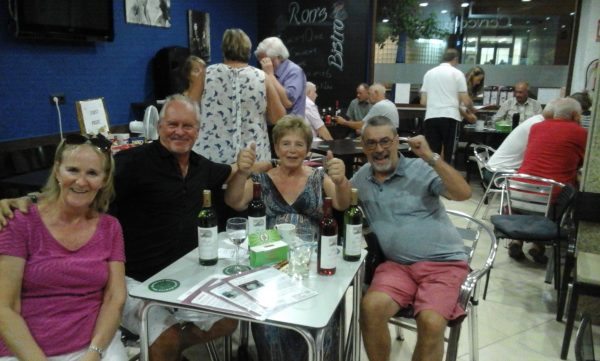 Organisers of the quiz, Martin and Christine Watkins were very pleased with the magnificent 307 euros raised during the evening, which will go a long way towards helping HD sufferers in the Costa Blanca area.

Photos show the teams of quizzers, winner of the first prize hamper, Sam Bastiman and the winning team with their well deserved prizes.

The next fundraising event for Huntington’s, will be on Saturday 14th October at Bar Catorce in Benijofar. It will be an evening of entertainment and food for just 7:50 euros per person. To book places, please contact the bar direct on 966849030.

Huntington’s Disease, which is often called HD, is a hereditary disorder of the central nervous system.  It is a terminal illness, affecting both men and women, causing a very wide range of symptoms, including uncontrollable movements; loss of speech and ability to swallow; incontinence and loss of memory functions, as well as depression and changes in personality. There is currently no cure.

All Ship Shape at El Capitan