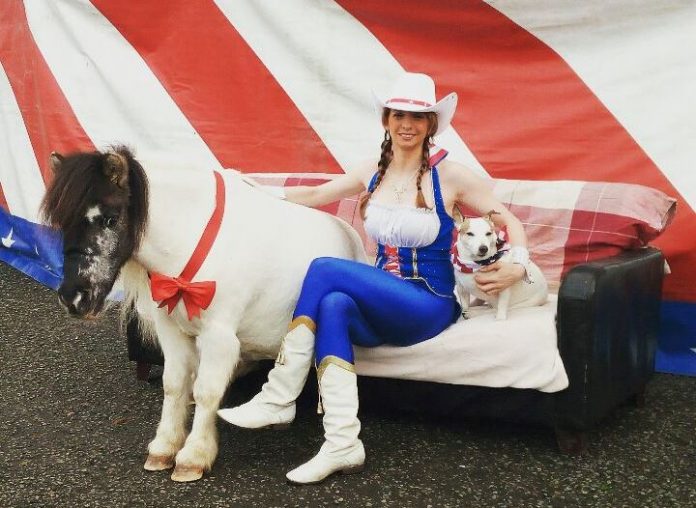 ‘I love him – I just want him home’ – heartbroken Emma Tytherleigh

Arguably Spain’s ‘most loved dog’ Rodeo has suffered severe injuries after being hit by a car – that has led to a fractured leg, internal bleeding and anaemia.

“Little ‘Rode’s’ was hit by a car that has fractured his leg – I feared in the first few days he wasn’t going to make it,” said heartbroken owner Emma Tytherleigh.

Horse Show woman Equine performer-trainer Emma, who has entertained thousands of people throughout Spain said: “Rodeo is a little fighter – that gave us hope.” 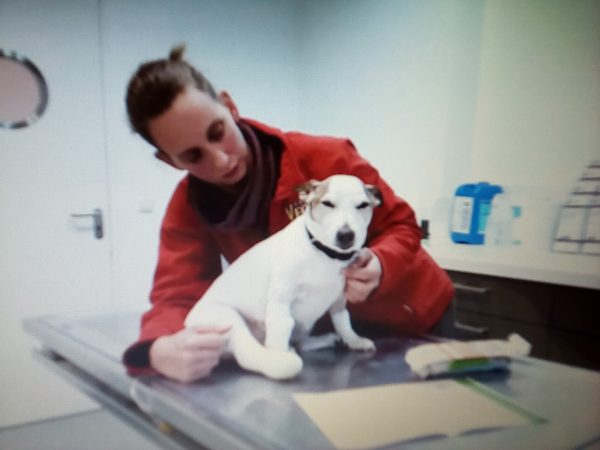 Rodeo has undergone an operation to repair the injuries – leading to a big financial cost in veterinary bills: “The bills are becoming a little out of control,” said worried Emma.

Emma, who regularly starred in the ‘Flamingo and Horse Show Spectacular’ events in Torremendo, Alicante, said: “As reluctant as I am to ask for help, the truth is realistically I need to.”

Emma, one of the leading stars in Circus Vegas that toured Europe this year, said: “If anyone has a few spare euros I would be extremely grateful to those who would be kind enough to help.”

Emma added: “Rodeo fractured a leg, that lead to suffering an internal bleed. He also has severe anaemia. During the first three days the vets were very strongly preparing me for the worst

“But by some miracle – he’s looking stronger. They now feel he’s in with a chance.”

Emma, who has starred in films, and is known as one of the leading horse show women in Europe, said: “Rodeo’s case is more complicated than most.

“He has Leishmaniasis – and with the trauma of the accident it has caused his immune system to crash. Rodeo is on a high dose of medication for the Leishmaniasis.”

Following the accident the veterinary surgeon struggled to operate – due to extreme complications – something that was eventually overcome.

“Thankfully we found an amazing animal hospital and Rodeo underwent the operation to fix the fracture,” said Emma.

Rodeo has been a key figure in Emma’s horse shows, especially in Spain, where thousands of ex-pats and holidaymakers were wowed of his skills in the show ring.

Emma has offered help, in return for financial help: “If there is anything I can do in return, I will,” said Emma.

“Anyone that knows me, knows this little dog means the world to me. Rodeo has done so much for me and my family over the years.

“I could never do enough to repay the little chap. I love him – and I just want him home,” added Emma.

“There is a long road to recovery ahead for Rodeo – with plenty of medication and rehabilitation having to be undertaken,” said Emma.

*The hospital that Rodeo is being treated at can be found at: http://www.tierklinik-ismaning.de