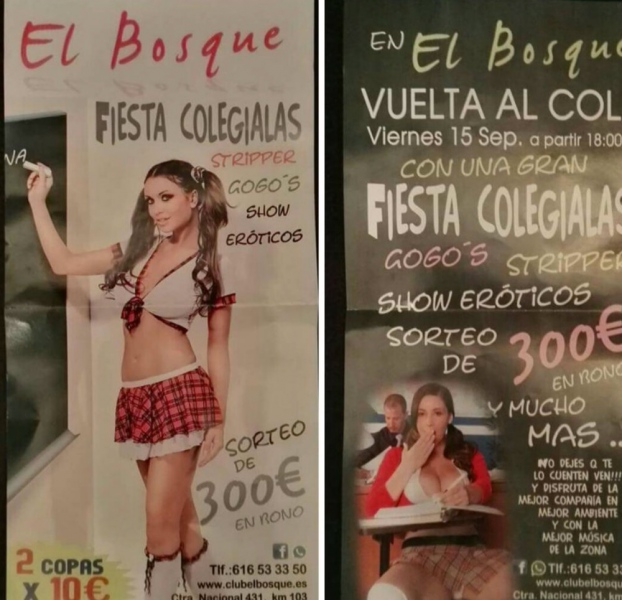 A ‘Gentlemans Club’ in Cartaya, has been criticised by the Andalusian Women’s Institute for using a poster campaign that they say both demeans the status of women and also encourages paedophilia.

The posters show a woman who is dressed in school uniform alongside a blackboard on which is written the statement ‘Vuelta al Cole’, back to school. It also advertises a party as well as pole dancers and strippers and a 300 euro prize raffle.

IU Cartaya calls for zero tolerance with the advertising that they say could attract a “criminal influence on both the image and conduct of adolescent women in our society” and they demand the immediate withdrawal of the poster campaign and the prosecution of the responsible establishment.

Posters are said to have been extensively distributed in the area where prostitution and the operation of such clubs and brothels is perfectly legal.