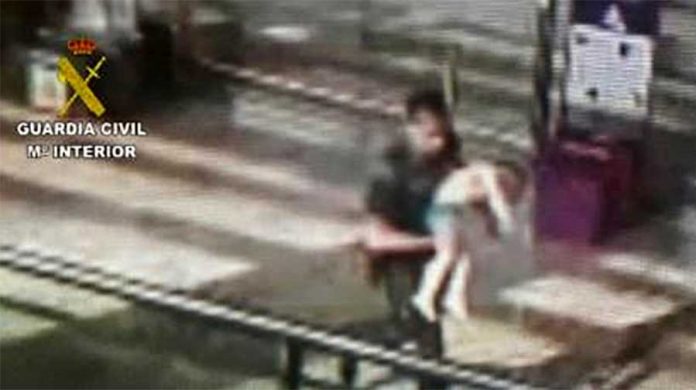 The rapid intervention of two Guardia Civil Guard officers saved the life of a 2 year old child at Alicante airport yesterday after he lost consciousness in the airport departures area shortly after 10.30am.

According to the local Guardia Commander, the officers spotted the child through surveillance cameras. He was lying prone on the ground and appeared to be unconscious and suffering from convulsions.

His mother seemed to be otherwise distracted as she struggled with suitcases and a pushchair.

Officers watched as the father, seeing that his son was unconscious and seemingly in in danger, grabbed the boy in his arms and ran through the terminal building, but not quite knowing where he was going as he sought medical assistance.

Given the apparent seriousness of the situation the civil guard officers quickly intercepted the father with one gent taking the child in his arms and running with him to the airport medical area, where he was treated for symptoms of stiffness, loss of consciousness, difficulty with his breathing, and seizures.

The medical authorities were able to stabilise the child until the arrival of an ambulance and paramedics who took charge of the situation before moving the child to Alicante General Hospital.

Vigilance in Alicante, Valencia and Castellon amid Coronavirus Concerns in Spain