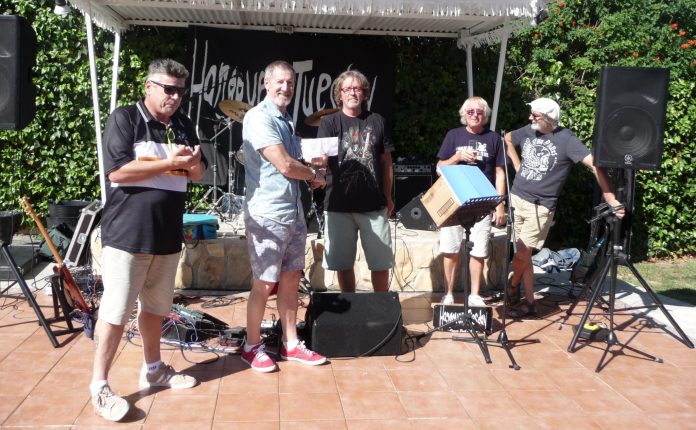 On the 10th of September, local Freemason’s Lodge, Puerto de Xabia 58, held a Treasure hunt in the Javea area. It was attended by more than thirty Masons, wives and friends. An excellent lunch was taken at the restaurant Casa Pepe in Valcon al Mar. 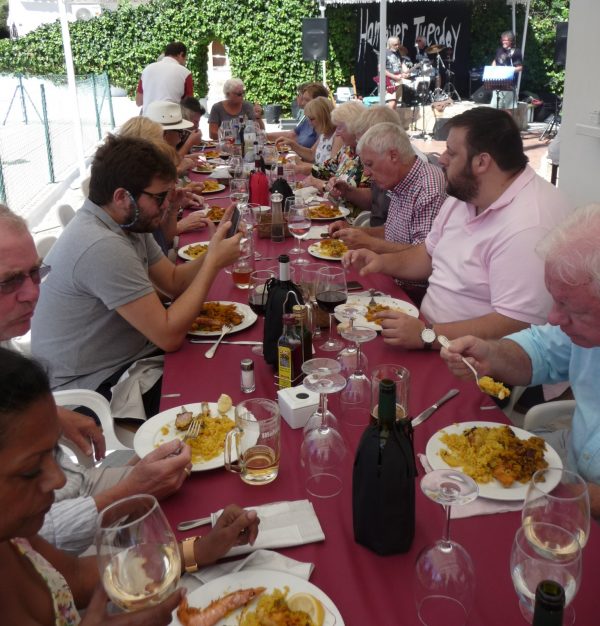 After lunch, which was enjoyed by all, we were entertained by the group ‘Hangover Tuesday’, who played many memorable rock tunes from the seventies. These were enjoyed by everyone including other patrons attending the restaurant who were also having lunch.

During the break a charity raffle was held to raise money for the Master’s chosen charity of the year. A cheque for two hundred and fifty euros was then presented to the Charity Steward, WBro Chris Stoneley, by Lawrence from the group on behalf of Mr & Mrs Sandford who, on returning to the UK, had left items with Lawrence to sell for charity.

A further twenty euros was donated by Dirk of the Lounge bar in Javea and  twenty euros more from a member of the public who was simply enjoying the music.

Many thanks to all. With the proceeds from the raffle the Lodge was able to raise the grand sum of five hundred and seventeen euros. This money will be donated to the childrens residential care home ‘Les Rotes’ in Denia. WM Nick Coates thanked everyone for attending and giving so generously and offered especial thanks to the group for giving up their free time and entertaining us all so well and at no cost. Well done to all! A great day was had by everyone.

ARE YOU FINDING EVERYDAY LIFE HARD?