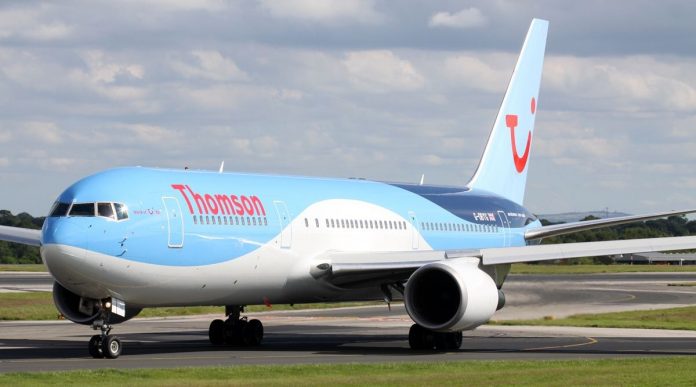 Two drunken passengers who forced an Alicante-bound aircraft to make an emergency landing at Bristol airport have now received their sentences.

Before the flight which was delayed for three hours Derek Root drank a large amount of Jack Daniels whiskey in the Glasgow Airport departures lounge.

The pair, who had never met before, became more and more intoxicated and stewards came and confiscated the Jagermeister.

Root then pressed a number of call buttons above his seat until a crew member came over who he told to go f*** herself.

When she asked for his passport he asked her if she also wanted to see his genitals.

When a friend of his handed ovee the passport, Root jumped out of his seat, yelling at the crew member, “Give me back my f****** passport, you c**t.”

Meanwhile Gray was banging the seat in front and vomitting.

At this point, some 640km from Glasgow the pilot decided to land the aircfaft at Bristol Airport.

At that point, more than 640 kilometres after taking off the pilot made the decision to divert and make an emergency landing at Bristol Airport.

Police boarded the plane and removed the pair.

Following rhe incident, Root has been jailed for eight months and Gray was given a six-month sentence, suspended for 12 months.