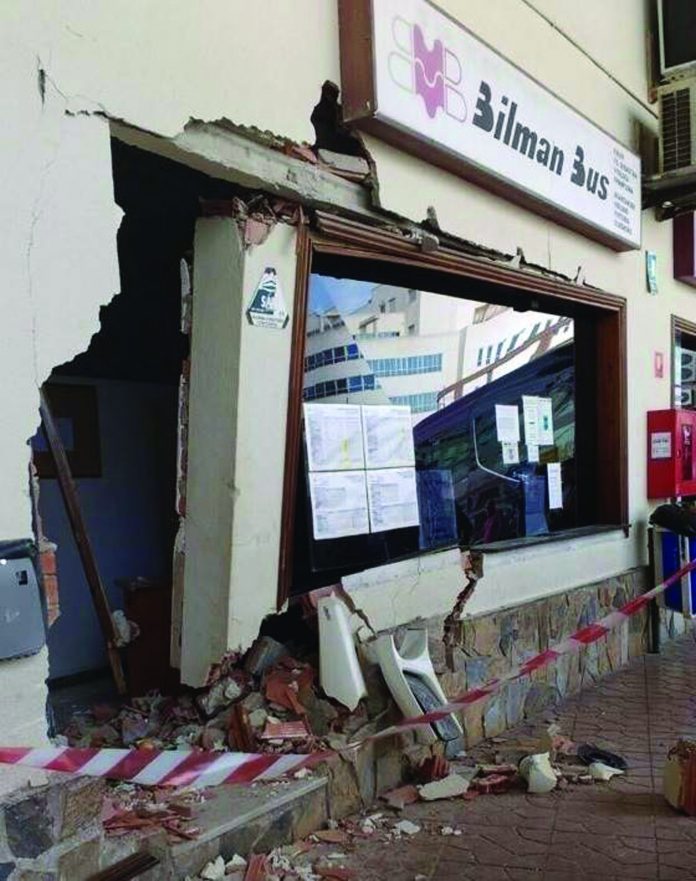 A woman was hit by a bus when it slid out of control on Thursday evening, as it crashed into the ticket office in Torrevieja Bust Station.

The accident happened at about 5pm as the bus, arriving from Bilbao in northern Spain, mounted the pavement and skidded into the ticket office doorway as the driver applied the brakes.

The woman, who was queueing in the ticket office, was hit by the falling masonry which covered her in debris as it knocked her to the ground. She was immediately helped by  a number of bystanders as office staff called the emergency services.

After being treated at the scene she was transferred to the Hospital Quiron she received further attention. The bus driver, who was said to be suffering from an anxiety attack,  was taken to Torrevieja Hospital.

It is understood that investigators are pointing to a possible mechanical failure as a cause of the accident although the necessary checks have not yet been completed.