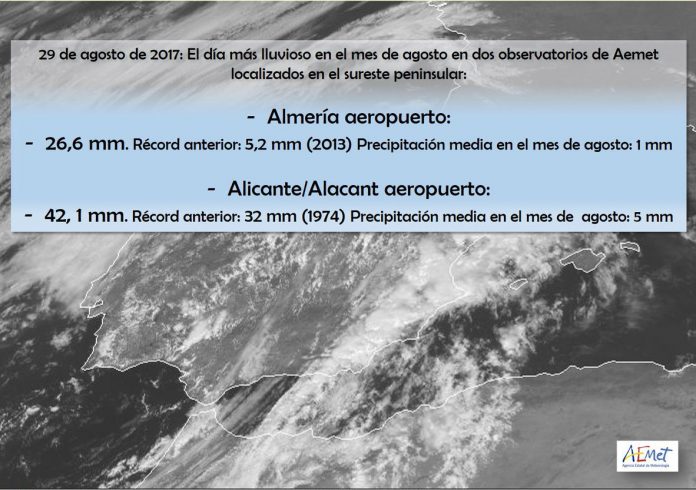 Alicante-Elche airport registered last Tuesday the rainiest day during the month of August since data was first collected in 1967 , with 42.1 litres per square meter of water collected in a period of 24 hours. The figure was released on its Twitter account by the delegation in the Valencian Community of the State Meteorological Agency (AEMET).

The previous record high dates from August of 1974 when the rain gauge of the Alicante airport registered 32 litres per square meter. The average rainfall in Alicante during August is 5 l / m2 of rain.

According to AEMET, along with Alicante, Almeria airport also surpassed its record accumulated rainfall on August 26, reaching 26.6 l / m2 compared to the previous record of 5.2 l / m2 in 2013 and an Average of 1 l / m2 for this month.