More than a hundred residents from the Orihuela Costa staged a protest on Sunday afternoon at the start of the ninth stage of La Vuelta de Espana at La Glea beach in Campoamor. They were demanding the improvement of their public services in the coastal zone where more than 30,000 people reside, a number that multiplies by ten during the summer holiday period.

They arrived at the start of the race equipped with whistles and banners objecting to the “shameful lack of basic services and the empty promises of their municipal representatives.”

The Campoamor demonstrators were supported in their mission by numerous residents from across the other areas of the Orihuela Costa, including La Zenia, Villamartin, Aguamarina and Mil Palmeras. It was attended also by officials from the Federation of Associations of Orihuela Costa (FAOC ). 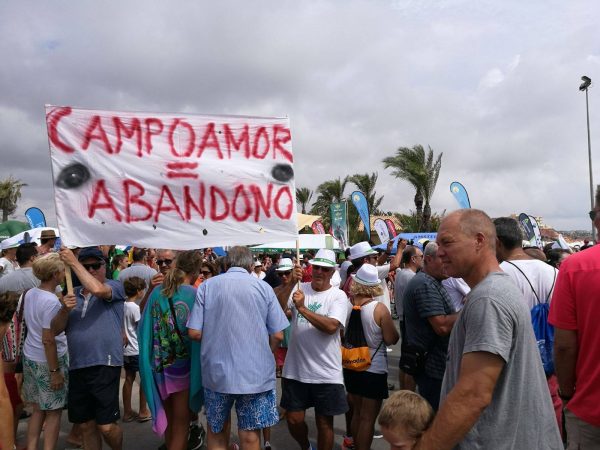 Banners displayed in front of the world’s television cameras included messages such as “Budget for the coast”, “We eat trash”, “The dirt is piled up and the mice and mosquitoes invade us”.

The main demands of the residents call for more investment in the coast, enabling an improvement in the cleaning and waste disposal service in the area as well as the asphalting and repairs to their many damaged roads and pavements. 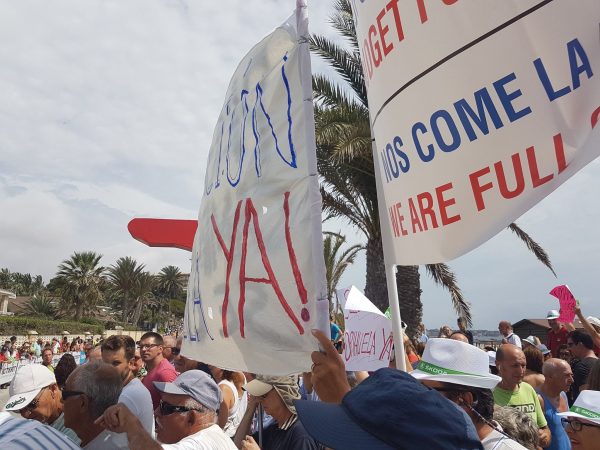 Representatives of the FAOC, said that the rally was a great success in highlighting “the great discomfort and suffering that is endured by residents of the coast.”

They also say that the reduction of nearly one million euros in the 2017 waste disposal and road cleaning budget “has been the final straw that has seen the patience of the coastal residents finally run out.” They said that they sincerely hope that the mayor of Orihuela, Emilio Bascuñana, and his government team “will take note of this neighbourhood protest, and remedy the problems and the deficiencies, as soon as possible.”