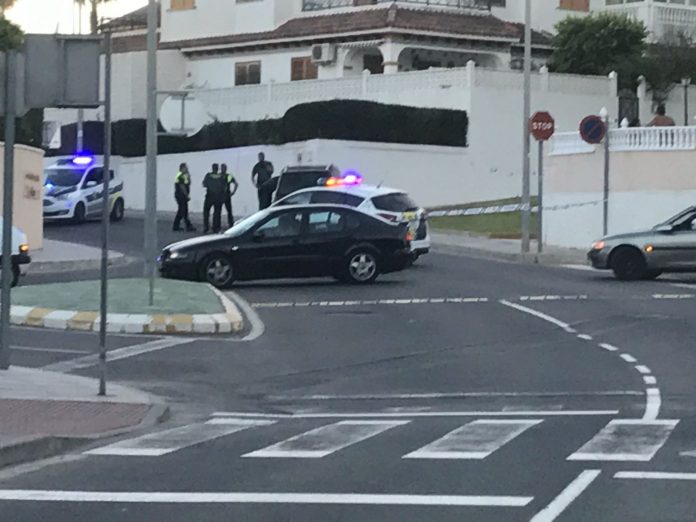 The Civil Guard is looking for a man who escapes when asked for identification by the Rojales Local Police.

The police approached the man after he pulled into a petrol station in the town. When the driver was asked to identify himself to officers he immediately drove off as the police gave chase, while firing several shots.

The incident occurred during the early part of Tuesday evening at the petrol station when a local police patrol asked for identification of the driver of a Volkswagen branded car.

The driver immediately fled the scene and was pursued for about 20 kilometres, during which time the police opened fire on several occasions.

Just prior to the crash, at the N332 roundabout with Mil Palmeras, one agent fired three shots at the vehicle, two of which hit the car and the third one seemingly missing.

The driver eventually crashed the car into a wall in the municipality of Mil Palmeras in Pilar de la Horadada, just beyond the Olympia Restaurant, after which the driver fled on foot.

A police source said that the fugitive was injured in the face during the vehicle collision with the wall and with a police car in la calle Río Vinalopó but was able to flee on foot.

The mayor of Pilar de la Horadada, Ignacio Ramos, confirmed around midnight that the search for the fugitive was ongoing and had been expanded to the urbanization of Torre de la Horadada.

A police spokesman said that the driver was about 30 years of age had Arab features but has not yet been identified or located by the local police or the Civil Guard. On checking the registration details of the car, however, it was found to be driving on false plates. The car registration corresponded to a Renault Laguna from Castellón.

During the course of Wednesday, with the fugitive still at large, Pilar de la Horadada’s Councilor for Security, José Tomás Saura , asked for calm as he stated that all intelligence pointed to the fact that the individual is only ‘a common criminal.’

The councillor made the statement at 11 am while the state security forces were still looking for him. “Residents can have total peace of mind, we will continue working to arrest this person as soon as possible”, said the councillor.

The Local Police Chief of Pilar de la Horadada, Jesus Navarrete, said that the driver of the vehicle took refuge during his escape in a wooded area close to the scene after which he apparently disappeared.

The Police Chief said that “we are almost 100% certain that he is a common criminal” as he too called for calm amongst the local population.