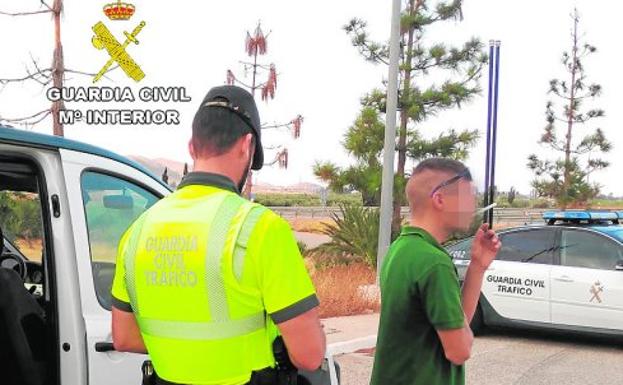 A 24 year old driver at the wheel of a 40-ton truck was stopped on Sunday and subjected to a breath test for alcohol and drugs which recorded a positive reading.  He now faces a fine of 1,000 euros and the loss of six points on his driving license.

Although the alcohol test proved negative his behaviour and his external appearance during the check was thought to be suspicions by the agents so they tested his saliva for drugs, which tested positive for cannabis.

The driver, a male, Spanish and aged 24 years, was driving a cargo of food products. Both he and the vehicle were detained until two hours, until another qualified driver who, after verifying that he met the right conditions, took over the vehicle and was able to continue the journey,.

A second sample of oral fluid was taken from the driver and sent to a laboratory for testing as the first test was purely provisional.

This brings to eleven, the number of cases of driving under the influence of drugs or alcohol of large vehicles, used to transport of goods that have been intercepted by the Civil Guard in the Region during 2017.

The agents appealed to all road users to warn the Traffic Police by calling 112 or 061 when they are witness to dangerous driving or irregular manoeuvres on the highways.

Police ordered not to join the applause to Hospital staff