Members of the Orihuela Costa Branch of the Royal British Legion were out in force on Saturday evening at an informal gathering at Alfonso’s Restaurant in Playa Flamenca. 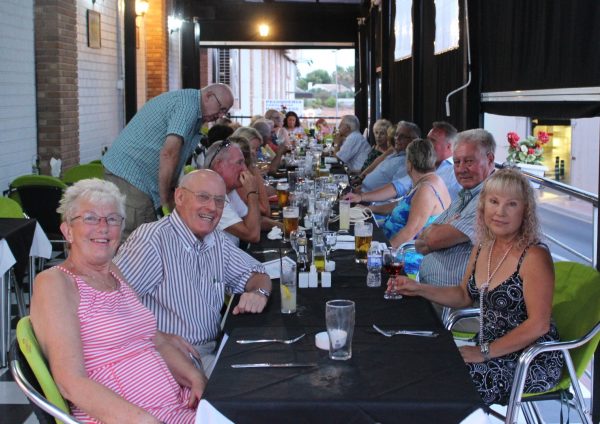 What started in the week as a casual night out for half a dozen people quickly grew to an outing for almost 30 when members got wind of the meal at Thursday’s monthly general meeting.

However the evening was rather more of an occasion for Joseph (Giuseppe) Pesce. Members were not aware, until the night, that Joseph was celebrating his 79th birthday so a gift was out of the question, until restaurant proprietor Penny was good enough to come to the rescue with a bottle of Cava while Cathy Carson led a serenade of ‘Happy Birthday’ to the celebrant.

Also celebrating on the night were weekend guests of Carl and Nicola Louden, Steve and Emma from Reading in UK, the couple having announced their engagement only hours earlier.