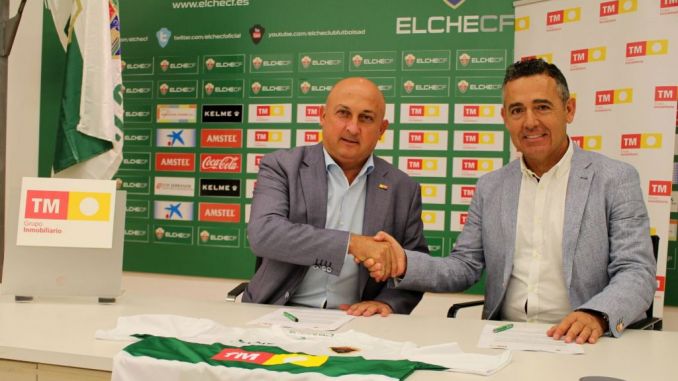 TM Grupo Inmobiliario will continue for at least one more season as the main sponsor of the Elche CF ensuring that the logo of the Oriolana promoter, based in Torrevieja, will appear for the second consecutive year in the shirts of the franjiverde team, which this year will play its football in Second Division B.

The signing of the sponsorship agreement took place last Wednesday at the Martínez Valero stadium where it was attended by the general manager of TM Grupo Inmobiliario, Pablo Serna, and the president of Elche, Diego Garcia.

Serna said that the real estate company is delighted to renew its commitment to a team that has “very clear aspirations to return to Segunda A.”

Founded in 1969, TM Grupo Inmobiliario is a developer specialising in the construction and of large residential properties on the Mediterranean coast – Alicante, Murcia, Almería, Malaga and Mallorca as well as its international promotions in Mexico and Brazil.

Carp R Us on the Eden