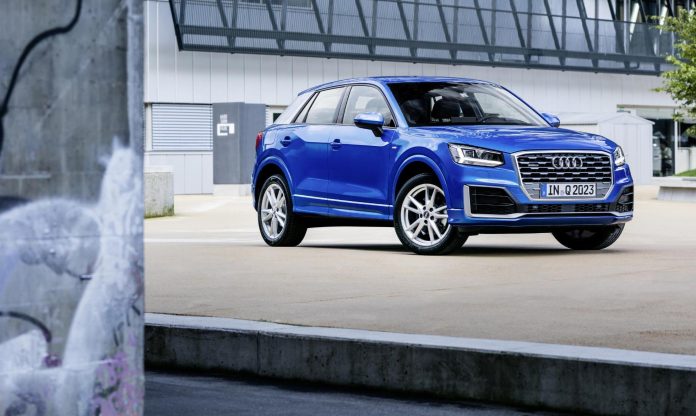 Audi is broadening the appeal of its Q2 compact SUV this week with the addition of a new version notable not only as the most powerful in the range but also as the first petrol-powered model to be underpinned by surefooted quattro all-wheel-drive. Offered as an alternative to the 150PS 2.0 TDI quattro model which was introduced late last year, the new Q2 2.0 TFSI quattro 190PS S tronic is now available in S line and Edition #1 specification.

The new 2.0 TFSI produces the highest power output currently available in a Q2, facilitating acceleration to 62mph from rest in 6.5 seconds – the fastest sprint time in the range. Top speed also reaches an impressive 141mph.

Ensuring optimal traction and handling under any road conditions, the quattro system’s electrohydraulically actuated multi-plate clutch distributes torque continuously between the axles. Its seven-speed S tronic incorporates a freewheeling mode when the standard Audi drive select handling system is set to “efficiency” mode, and with the start-stop function, the engine already shuts off when speed drops to 4.3mph.

Both contribute to up to 44.8mpg combined and 144g/km when chosen in S line specification, and 44.1mpg combined in conjunction with 146g/km for the Edition #1, even on the 19-inch alloy wheels it is fitted with as standard.

Extensively appointed inside and out

Regardless of whether the Q2 TFSI quattro is chosen as an S line or Edition #1, the high specification of both sets the already unique compact SUV apart from the rest of the SE and Sport range. LED headlights, an LED interior lighting pack, S line interior and exterior styling cues, 18-inch alloy wheels, C-pillar blades in matt Titanium grey and front sports seats mark out the S line. This adds to the Audi Smartphone Interface, SD card-based MMI Navigation and Audi connect infotainment service package, light and rain sensors and Audi drive select already fitted as standard to all Sport models and above. 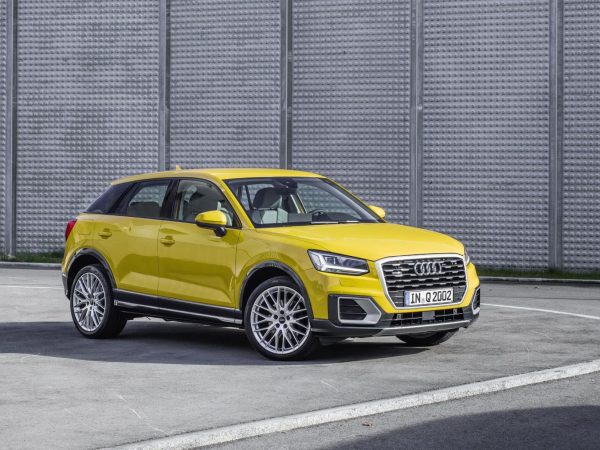 An altogether more impactful specification extends to the Edition #1 – a unique model in its own right. In addition to the 19-inch Audi Sport alloy wheels and Quantum grey paint, which is used exclusively here, a black styling pack and Manhattan grey contrast bumpers, wheel arch trims, side skirts and bumper inserts all serve to mark out this model from the rest. Brilliant black C-pillar blades featuring the Audi rings complete the look.