A Joint operation of the Civil Guard, the National Police and the Tax Agency has resulted in the arrest of 31 people, many of which are said to be Chinese Nationals, across eight Spanish Provinces, for the cultivation of over 30,000 marijuana plants for export to the United Kingdom

Police made the discovery of 15 indoor plantations in eight Spanish provinces, equipped in industrial buildings and luxury homes, the interiors of which had been transformed to cultivate the crops bypassing the electricity grid, and also resulting in the fraud of hundreds of thousands of euros to electricity companies. 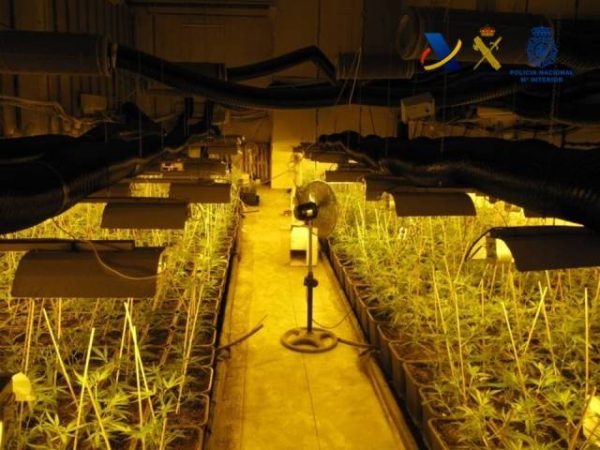 About 30,000 marijuana plants were seized, together with another 220 kilos of the drug packaged and ready for delivery and consumption, a gun, ammunition and a cash machine

Of the 31 people that have been detained, five are in the province of Leon, two in Guadalajara, five in Madrid, two in Vizcaya, five in Valladolid, one in Salamanca, four in Zamora, six in Burgos and the main leaders In Seville. 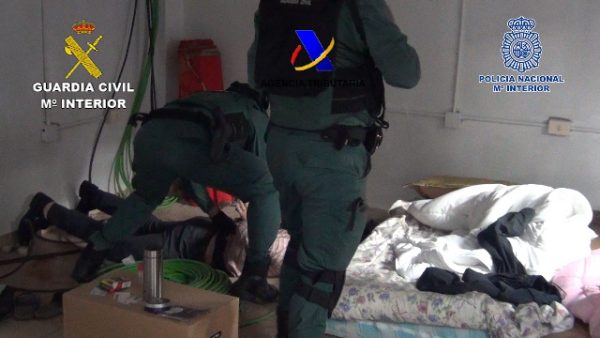 They are charged with crimes of belonging to a criminal organization, offences public health, defrauding of electric power and illegal possession of weapons and ammunition.

Also seized by the police was a 9mm pistol, 92 cartridges, a machine for counting money as well as € 45,000 in cash, both in euros and in Chinese currency.

Once marijuana was ready for consumption, the gang had a network in place to distribute the marijuana in packages of between 5 and 15 kilos, the final destination being the United Kingdom .