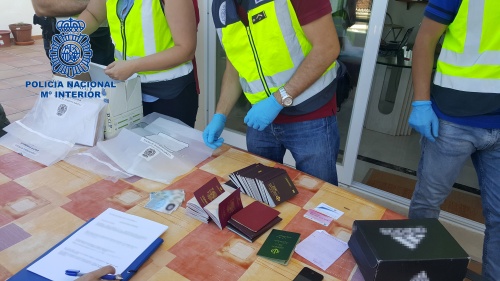 The network was based in Malaga, where the individuals transited between Iran and UK, and where 15 gang members were arrested.  However, in total, more than 100 people were arrested across Europe, including the suspected ringleader, who was apprehended at London’s Heathrow airport.

Europol said the group, operating from Malaga in the south of Spain, charged the migrants about €25,000 (£22,500) each for fake Spanish passports, travel documents, transfers and accommodation.

Amongst those detained were 42 Spaniards for selling their Spanish documents to members of the network – in exchange for amounts ranging between 500 and 3,000 euros. The other arrests were of 44 other Iranian nationals who were intercepted at different European airports with forged passports. 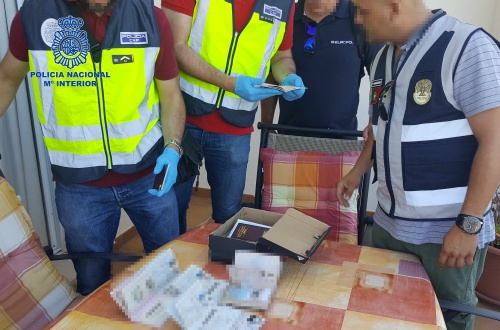 The investigations began a year ago, when four Iranian citizens were arrested as they tried to board an aircraft from Hamburg (Germany) to the United Kingdom using forged Spanish passports. The agents determined that the purchase of the flight tickets had been made at a travel agency in Malaga. This set them on the road that eventually enabled them to track down the members of the network based in that city.

The network, was said to be perfectly structured, with several members each with a different role within the organization, some dedicated to recruitment and others to the transfer, hosting, control and provision of documentation. They had several apartments in Malaga where they accommodated the individuals they were trafficking whilst they were waiting for the false documentation and flight tickets to their UK destination.

When the apartments were raided by the National Police they found seven people in the process of being trafficked by the organization – all Iranians and one of which was under five years old. They also seized dozens of real passports, computers, printers, more than 400 blank ID cards – as well as guns, cash, and “a high-end vehicle”.

In a second phase of the operation the National Police located and arrested a further 42 other people in the province of Malaga, who had sold their genuine Spanish documentation to the gang for amounts ranging from 500 to 3,000 euros. This amount varied depending on the number of times that the same person had previously sold their documentation.

Spain’s Policia Nacional said: “With the dismantling of this criminal organization, the illicit trafficking of Iranian citizens to the EU and the United Kingdom has been considerably reduced.”