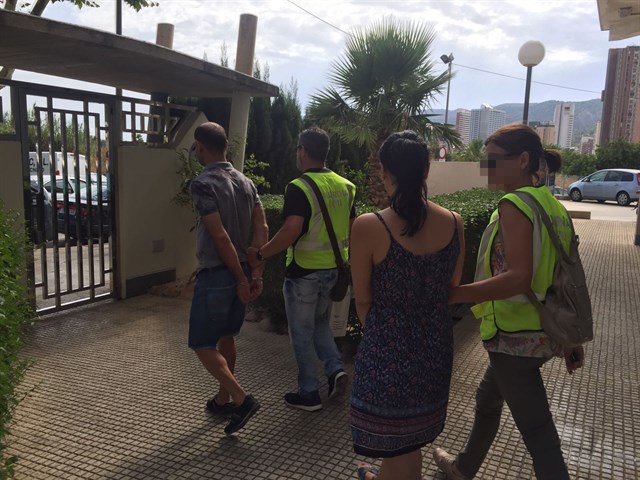 The Civil Guard has detained two Romanians and an Argentinean in Benidorm for trafficking human beings for the purpose of sexual exploitation. The three men are alleged to have held a 29 year old female, and forced her to have sex with clients against her will. The victim, was under threat of being denounced to the police authorities for being in the country without documentation.

The investigation was concluded last week with the raid on an apartment in Benidorm by agents from the Civil Guard in La Vila Joiosa. Evidence that was confirmed that prostitution was taking place, with a large number of documents providing confirmation.

The victim, also of Argentine origin, had been brought to Spain by a relative with a false offer of work in a hotel. As soon as she arrived in the country, she was forced into prostitution, first an apartment in Calpe and then in in Benidorm.

It is said that the conditions in which she carried out sexual relations with clients was extremely risky and lacking in hygiene as she was denied the use of condoms, with the corresponding risk of contracting a sexually transmitted disease. She was also forced to be available to any potential clients for 24 hours a day.

The three detainees have already appeared before the courts and subsequently released on bail while they await trial.