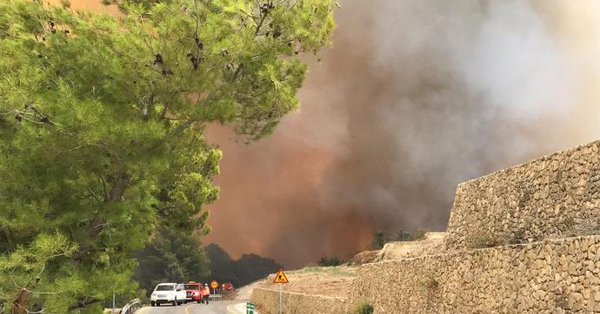 Agents from the Guardia Civil have confirmed that a short circuit caused the Guadalest fire which devastated more than 20 hectares of the pine valley, just below this well-loved tourist destination.

They explained that a pine tree fell onto an electric line which caused an initial spark with the flames then spreading rapidly throughout the rest of the forest. There was no human involvement in the incident.

The report was made by Seprona, the environmental arm of the Guardia, who say that they were able to find the actual pine tree that fell over. They stress that these are only their initial conclusions and there are still many answers that they need to find. 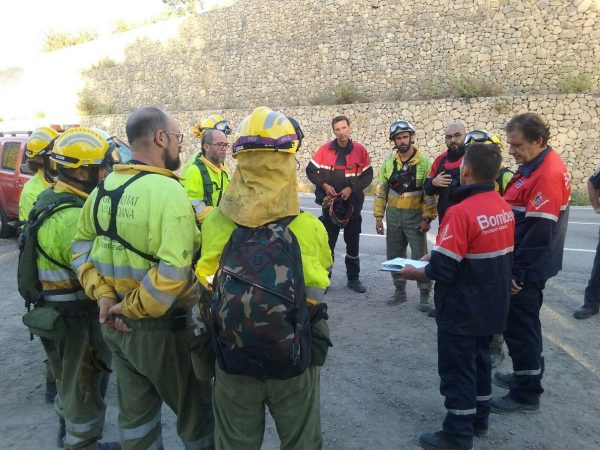 The short circuit occurred when overhead electric cable came into contact with each other causing sparks which then ignited local vegetation causing the pine to burn quickly.

The flames then spread throughout the valley with great intensity and it was only the firebreaks put in place during the winter months, prompt action by firefighters, firefighting aircraft and helicopters, as well as the forest brigade that stopped the fire spreading even further.

The 20 or so families that were evacuated from their homes as the fire raged on were able to return during the latter part of the evening.

This was the first major fire suffered in the province during the current summer.