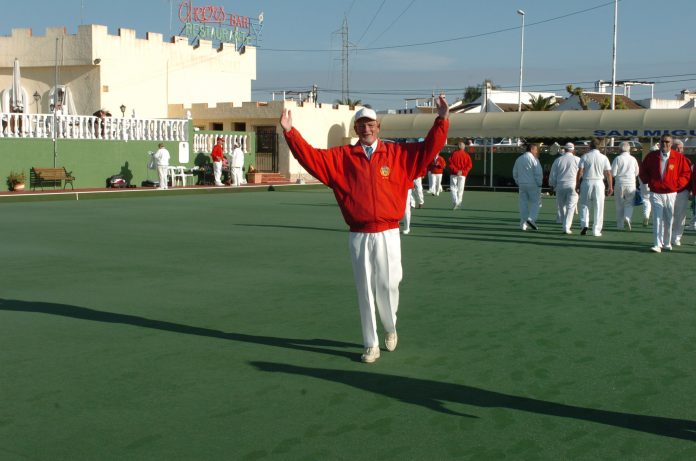 The MOORS  only managing 2 points away to Vistabella Fairways, well done to Bob Hanton, Don Whitney, Bob Donnelly 23-15.  Shots for 86 – against 120.

The MOORS did slightly better in their last game of the season,  away against La Siesta Wasps gaining 5 points.  David Champion, Frank Scotthern, Jack Jackson 29-11;  Sheila Errington, Cliff Plaisted, Brian Errington 16-11.  Shots were drawn 106 each.  Well played by all teams during the season, and thanks to all who kept putting their names down!!

The WASPS have now finished until September. Club mornings still going on, although numbers have dwindled, Sundays, Tuesdays and Thursdays.  There will be a FUN DAY on Saturday 7th October followed by a Hog Roast.  If you haven’t yet got your names down, do so, its a good laugh.  Deposits of €5 a head should now be paid to Paul Thomas.  See Paul for further details.  The following Saturday, 14th October is the annual Gents versus Ladies, see the board for further details.

San Miguel have been chosen as one of the greens to be used for the Valencian Championships, along with Vistabella and Quesada, awaiting news on who has the Opening Ceremony!!