In recent years the Orihuela Costa has been rather extravagant with the number of councillors it has got through on the coast, having recycled rather more than might normally have been prudent.

Some have come and gone because of their political persuasion, others have been sacked because they were not particularly good at the job but, of them all, there is one that stands out above all others, Los Verdes Councillor Martina Scheurer, who, for the two years that she was in office, put her heart and soul into what was essentially a rather unthankful appointment.

Buffeted from all sides of the political spectrum during her tenure she stuck religiously to her task. She became enormously popular with her constituents, always having time to listen to their concerns, and most importantly, unlike many of her predecessors, she maintained an ‘open door policy’ and was extremely transparent in everything she did.

Her role came to an end in May 2015 when the Partido Popular took control of the Orihuela council following the Municipal elections.

One of the more time consuming, and perhaps contentious, tasks that she undertook during that time was the supervision of the tender process, and the eventual appointment of Chirunguitos del Sol, to manage the Costa’s Beach Bars.

At the time the process was not without controversy but with only one of the four bidding companies meeting the standards required by the tender document the decision seemed fairly straight forward. Of course we all know in Spain that is never quite the case.

Pedro Mancebo, a previous councillor for the coast, said that the inclusion in the tender document of a requirement for the operator to hold “Q” accreditation for quality was unfair, as only Chirunguitos del Sol was in possession of such certification. What he failed to mention was that two of the companies were neither in possession of ISO 9000, one of the very basic necessities, so they would have failed to meet the criteria on that score alone. 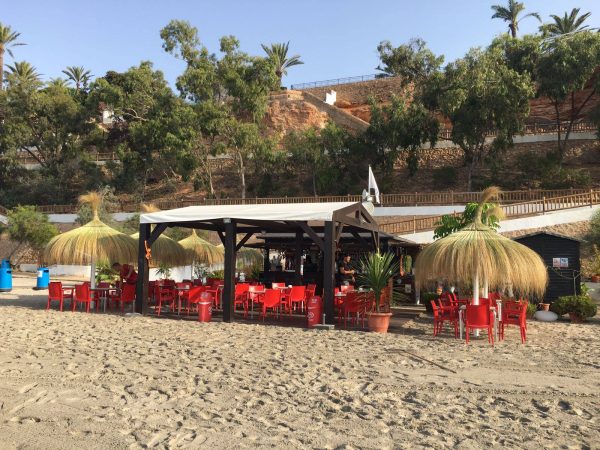 Controversy also surrounded the fact of that Chirunguitos del Sol had existing debts with the town hall. This was a payment discovered by Scheurer herself which the council had overlooked.  It was later clarified to be an outstanding charge by the Canon de Costas, rather than a debt, which had never previously invoiced. The new information prompted the company to clear the outstanding balance, in excess of half a million euro, which would otherwise have been lost to the public purse but for Scheurer’ s diligence.

Nevertheless the recent phone call to the former councillor from the Guardia Civil, asking that she make a statement outlining the process followed with the award of the Beach Bar Management Tender came as somewhat of a surprise.

“I was simply asked to make a statement,” she said, “which I did on the following day along with Arturo Jose Lopez Gomez, the Council’s Contracts Executive and Thomas Herteux, the manager of the successful operating company. However, many of the statements made in the local press were absolute nonsense. At no time were any of us threatened with arrest, in a process that is nothing more than evidence gathering.”

Of course there are many municipalities across Spain that require their Beach Bar Management companies to be in possession of the Q for Quality Accreditation. Orihuela is no different. The decision to include the condition was taken by a council committee made up of representatives from the coast, with members appointed by contracts and by the legal department.

Scheurer was simply a member. Not one of them was aware of the credentials held by any of the bidding companies. The inclusion of the Q for Quality Accreditation was nothing more than a decision made to ensure the provision of a superior service to Orihuela’s beachgoers.

“Indeed, although tenders were submitted only by four local companies, there could have been many more.  There was absolutely nothing to stop Management Companies from adjacent Municipalities or Regions entering into the process so to suggest that we were unfairly favouring Chirunguitos del Sol is absolute nonsense,” said Scheurer.

With well over a dozen former councillors and council employees, including a former mayor, still to be questioned by the Fiscal it is not yet clear if the courts will decide that there is a case to pursue.

Of course with the tender process about to be entered into once again, in the next year or so, the whole nonsense could be nothing more than an effort by the companies previously rejected to muddy the waters for Chirunguitos del Sol, a business practise that is all too common, especially here in Spain.

But for her part, Scheurer believes her conscience to be absolutely clear. “Everything was meticulously checked at the time to ensure compliance. The tender process was painstakingly followed and if the contract was awarded to Chirunguitos del Sol it was only because they were the best company for the job.”