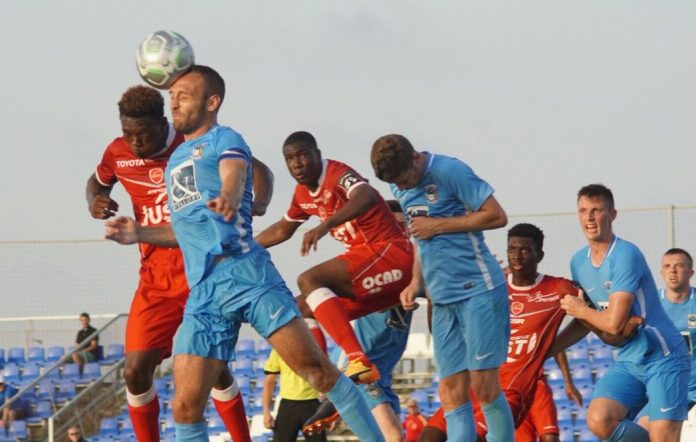 In an entertaining game on Tuesday the Sky Blues fell to their to their first defeat of pre-season, losing 3-2 to French 2nd Division Club Valenciennes, as the lead changed hands three times at the Pinatar Arena.

The Sky Blues got off to the worst possible start as the French side opened the scoring within four minutes thanks to a cool finish from close range by Steve Ambri.

City responded to level from the penalty spot ten minutes before half-time, with Marc McNulty scoring his first goal for the club.

Mark Robins made ten changes for the second half, and it was young striker Jordan Ponticelli who scored his first senior goal to put the Sky Blues ahead, smashing the ball into the roof of the net.

But despite being on top for much of the second-half, the Sky Blues conceded from a Dominic Hyam own goal to bring the scores level, moments before opposition centre-back Loic Nestor unleashed a speculative curling effort from 25 yards, to hand his side victory with ten minutes remaining.

Orihuela Costa Veteranos trip to Monovar ends with defeat after a promising start !!

NO SURPRISES AS THADER SUCCUMB TO LEAGUE LEADERS