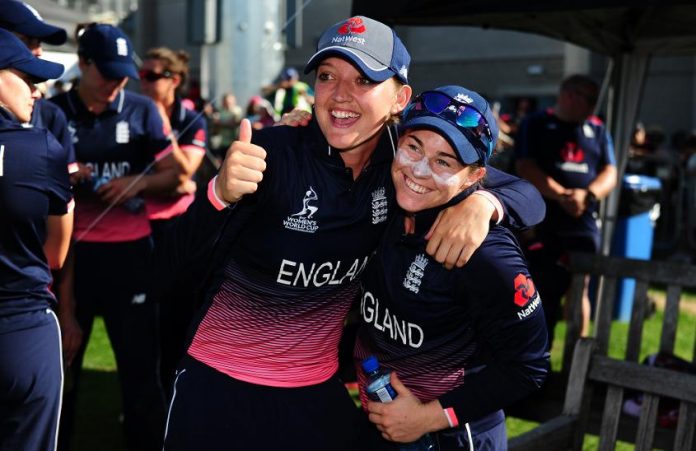 A record-breaking 275-run partnership between Tammy Beaumont and Sarah Taylor fired England to a 68-run win over South Africa in a run-fest at Bristol.

The England pair recorded the highest-ever partnership in ICC Women’s Cricket World Cup history, as well as the highest partnership by England in one-day internationals.

Beaumont finished with 148, one more than Taylor, whose 147 was her highest-ever one-day score, as their second wicket partnership put England on course for a mammoth 373 for five batting first.

On a good wicket, South Africa battled gamely in response, with Lizelle Lee (72) and Laura Wolvaardt (67) putting on 128 for the first wicket in what was the highest-scoring match in the history of the women’s one-day game.

But South Africa was never able to keep up with the run-rate and the host is now well-placed to reach the semi-finals.

Captain Heather Knight said: “It was a brilliant day, not a great day to be a bowler but a brilliant game. 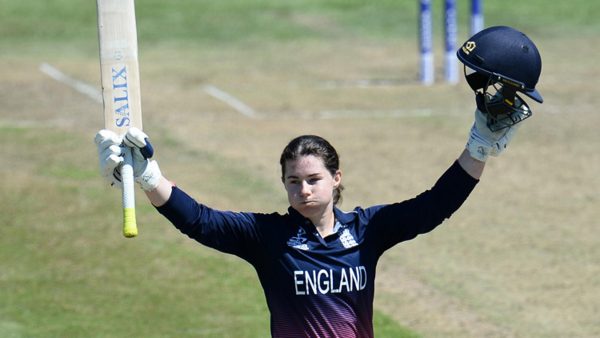 “It was lovely to watch (the partnership), Sarah was outstanding as she was the other day and I’m really pleased for Tammy.

“We knew she had a score round the corner, she’s been hitting it well in the nets and she was desperate to get into a tournament and she’s done it in style.”

Beaumont and Lauren Winfield had got England off to a good start with an opening stand of 59 before the latter fell to Moseline Daniels.

From there it was all England though, as Beaumont and Taylor set about dismantling a Proteas attack that had skittled the West Indies for 48 on Sunday.

Beaumont, with her variety of scoops and flicks, reached her century first, but Taylor was striking the ball so cleanly, getting to three figures off just 80 balls.

They broke Suzie Bates and Haidee Tiffen’s World Cup record partnership of 262 with a six from Beaumont before Taylor finally fell by tamely lofting one to Dane van Niekerk at extra cover.

Lee rode her luck in the reply, surviving four dropped catches and bludgeoning her way to 72, while Woolvaardt was more measured in her scoring.

But on a day where lots of records fell, there was never any chance of South Africa making the highest-ever chase in the women’s game, although their total was the best second innings effort in women’s one-day cricket.

Chloe Tryon was particularly impressive, hammering 54 off 26 balls as she and Mignon du Preez put on a quick-fire 75 for the fifth wicket.

Van Niekerk said: “After a while it got a bit long (fielding) but all credit to Tammy and Sarah, they batted really well.

“They batted us out of the game. It makes it difficult. We’ve been relying on our pace bowlers but credit to the England batters, they batted really well and we took too long to adapt.

“We got 305, so I’m really proud of the batters, the way they went about it. We couldn’t have asked for any better but 370 was just too tough.”