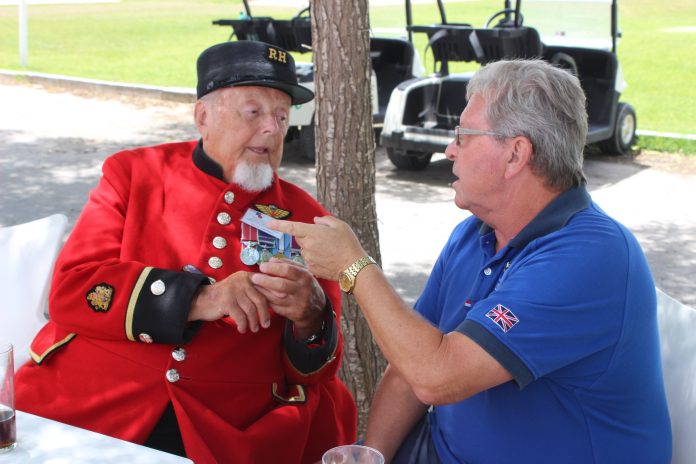 Over a hundred members and friends attended The Royal British Legion BBQ held at Vistabella Golf on Wednesday, for what turned out to be a thoroughly enjoyable afternoon of song, dance, food and not a little alcohol.

The afternoon’s entertainment was provided by local entertainer TJ Jones while the BBQ, served in the best RRF tradition, was cooked to an absolute delight. All those extra duties in the Sergeants Mess kitchen were not wasted after all Chef! 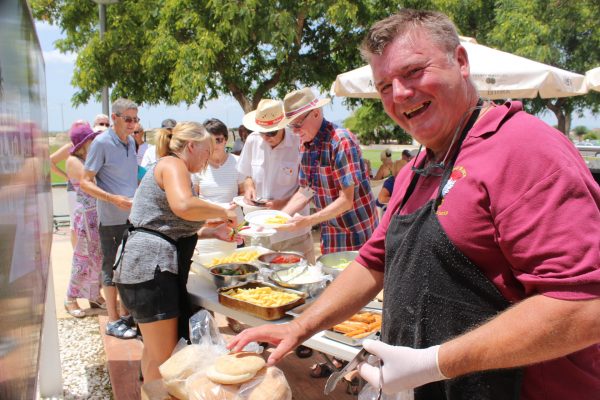 Jointly organised by Torrevieja and the Orihuela Costa branches, the bulk of the planning was left to Torry Chairman Gerry Lynch who just wasn’t quick enough to take that vital backward step when we were seeking volunteers, but what a wonderful job he did despite all those misspent years in the Royal Air Force.

The bulk of the attendance came from the two host branches but it was a delight to see the Chairman of the newly formed Murcia Branch, Steve Carne, who came along from Calasparra with a handful of his loyal members. The branch is only a little over 3 months old but, already with a membership in excess of 60, it is certainly going in the right direction. 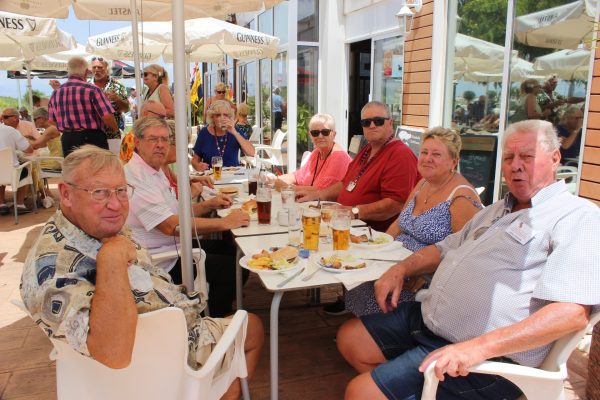 Gran Alacant and La Marina Branch was represented by Chairman Robin Hargrave while District Officers, Pamela Twissell Cross and Susan Shaw, travelled down through bandit country from our Northern outposts.

Proceeds raised from both the raffle, amounting to approximately 450 euro, will be donated to Spain (District North) funds.

If you live on the southern Costa Blanca and you would like to join or to learn more about the Royal British Legion you can find all the information relating to the branches mentioned on the website http://counties.britishlegion.org.uk/counties/spain-north/branches

Or simply search the net for ‘RBL Spain.’