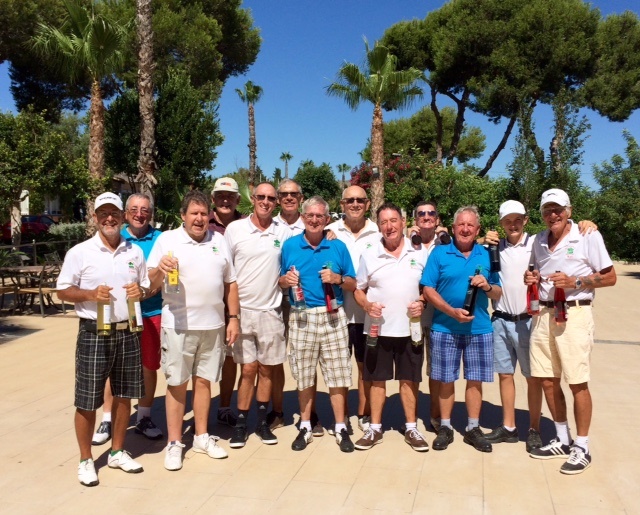 Tuesday 4th July club day saw 16 members and a guest compete in a Texas Scramble, a competition well-liked by most taking part. Two teams of four and three of three set off on a shotgun start with individuals unsure whether the advantage lay with the teams of four or three players.

Picture shows all the winners who are too numerous to mention.

If anyone would like to join our Society, we play at El Plantio Golf Club on Tuesday, Friday and Sunday. We use both courses – the Par 3 nine hole course and the main 18 hole course, so we cater for all abilities.