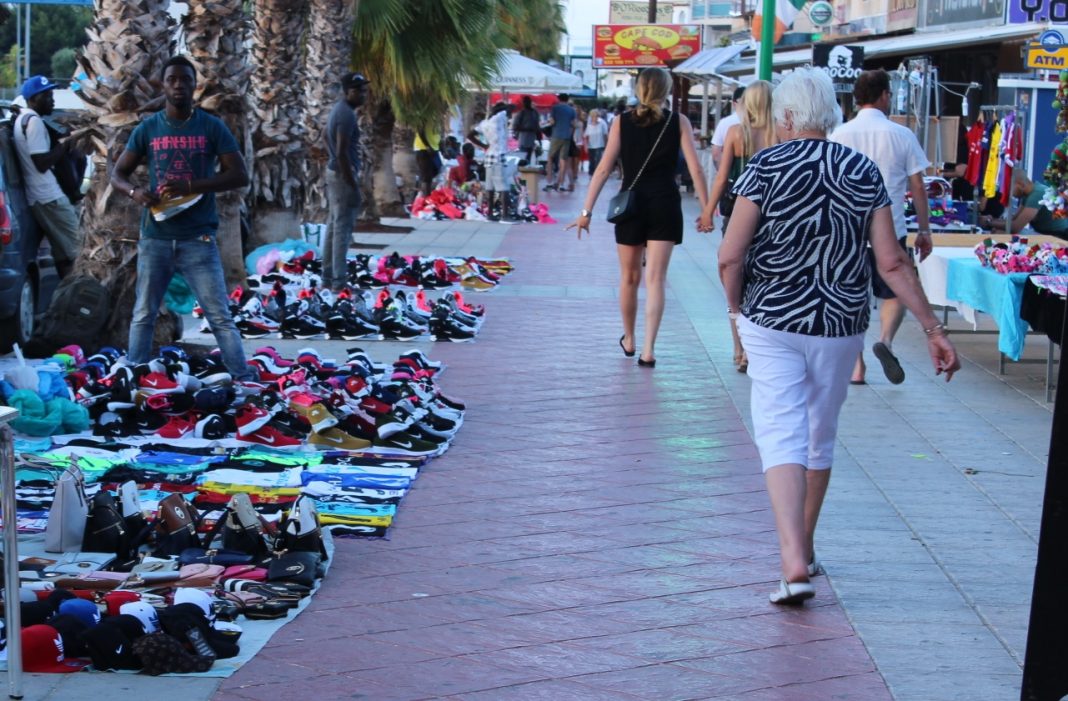 As more and more visitors, tourists and holidaymakers, arrive in the area with the onset of the warm weather, and as the Orihuela Government continue to ignore what is becoming an increasing problem, the ‘Looky Looky’ men, who’s numbers are now swollen by dozens of other illegal street traders, are encroaching more and more onto the Cabo Roig strip.

Police presence is absolutely negligible and on the few occasions that officers are able to make an appearance they seem to have absolutely no interest in making arrests or confiscating the increasing mountain of illegal products from upwards of 40 or 50 vendors, their mission appearing only to be that of moving them on.

There are many who would argue that the ‘illegals’ add a bit of colour and fun to the occasion. Their mischievous grins and their calls of ‘Lovely Jubbly’ or ‘Looky looky’ can often be quite welcoming. But there are those also, who see them as being a menace and often quite intimidating toward holidaymakers, who are seeking nothing more than a quiet stroll, meal or a lazy evening out.

Torrevieja approached the situation head on with their attitude of zero tolerance. There were one or two beachfront confrontations at the time but now the problem has largely disappeared, with the traders having moved elsewhere, many it would appear into Cabo Roig, where the Orihuela authorities are largely turning a blind eye.

As a result there is nowhere on the Costa Blanca where it is anything like the problem that it has now become in Cabo Roig. Would the mayor allow such a situation to play out in Orihuela City?

The sellers themselves can be divided into five groups. We have those who originate from the East and who, for the most part, wander from bar to bar dealing in fake CD’s and DVD’s. There are Sub Saharans who do very much the same but who trade in carved animals, watches and sunglasses. There is also an increasing number of Sub Saharan’s who have ‘gone static’ and who now occupy large stretches of the pavement and the road, selling trainers t-shirts, football strips and the like. 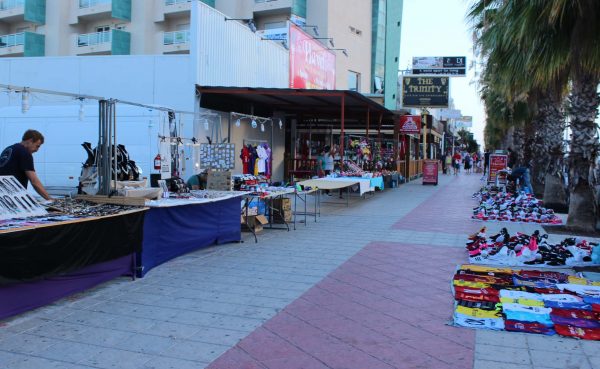 We now also have an increasing number of Spanish Nationals who have added to the problem by setting up market stalls outside unoccupied buildings and moreover, there are the North Africans who wander up and down the strip selling carpets, towels, hats and even ominous looking carving knives.

Indeed when I walked down Calle Cielo at about 9pm on Saturday evening I counted over 80 illegal traders who were selling their illegal wares with many hiding behind trees or turning their faces as I took photographs. Indeed one individual became quite aggressive and actually tried to snatch my camera from my shoulder.

Of course not only are the traders largely illegal immigrants who should not be in the country in the first place, but they are selling counterfeit items on which they are paying absolutely no taxes, and in so doing they are taking the legitimate trade away from those shopkeepers and vendors who are trading legally.

It has now got to the dreadful situation whereby a number of residents have now decided that ‘enough is enough’ with one group formally writing to the mayor of Orihuela to lodge an official complaint. 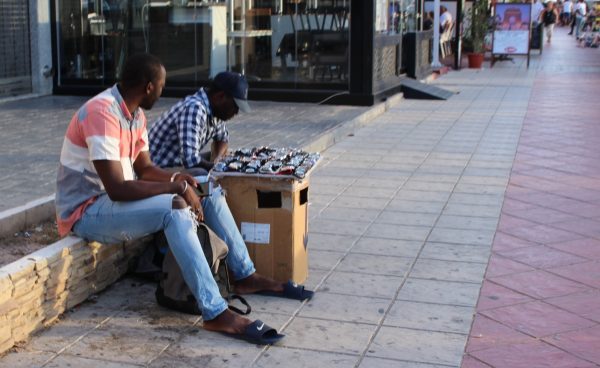 In the letter, which was translated into Spanish by a local Abogado, they describe “the nightly menace of unauthorized illegal trading, with as many as eighty trader’s selling what appear to be counterfeit goods, having completely take over Cabo Roig strip.”

Although the authors of the letter acknowledge that the local police force is at full stretch they have nevertheless asked for a permanent police presence on the Cabo Roig strip between the hours of 2100h and 2400h.

They also state that their previous requests have been ignored as was their appeal for a meeting with the Councillor to discuss this matter.

So whether you reside or you are simply you are holidaying in the area, and perhaps are tempted to buy any of these items that the illegal traders offer, you might want to consider a little about the menace that they bring to the area and the problems that they cause. The origin of the goods is extremely doubtful as is the quality of manufacture, even if you are willing to accept that the items for sale are clearly fakes.

The individuals who are selling the goods are also being exploited while the counterfeiters’ workers themselves suffer poor local working conditions and lack any occupational benefits.

We all jump up and down in protest when politicians rant about exploited workers in India and beyond so why do we then disregard Illegal Street trading when we travel abroad and we are able to witness it first hand?

Illegal trading is a menace, it is unlawful and it is prohibited, although no one seems to have told the police here on the Orihuela Costa, but I have no doubt that we would see a completely different approach from the authorities if the problem were moved into Orihuela City.