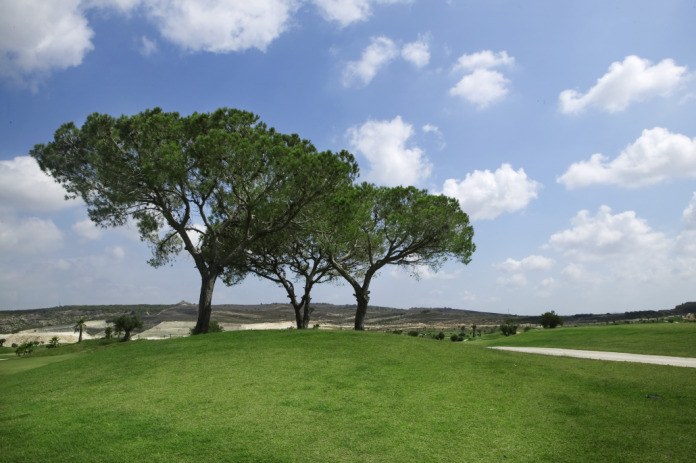 For the June competition twenty four of us met at Vistabella for our days golf , the course was in very good condition , a slight breeze so we really had good golfing weather ! However none of our players managed to break par , our best scores on the day were two of our players scoring thirty four points , but I thought that Vistabella was playing quite long on the day and many of the pins were placed in difficult positions.

Our results for the day were N T P on hole four Joe Sheehan , hole eight Chris Waddington and the fifteenth was won by Tim Goldsmith , Tim also won our B F Nine with fourteen points and the B B nine was won by John Rush with eighteen points , the third place being taken by Derek Ailes who scored thirty three points , second place was taken by Martin Collins with thirty four points who lost on count back to our winner Nikki Ead who also had thirty four points , as none of our players had a two , the two´s pot has been carried over for our July Game at Roda , the soccer card which our social fund benefits from was won by Nikki Ead .

Busters Golf Society is a small friendly group of like minded people who play on the first Friday of the month , depending on the time of the year we generally have between sixteen and twenty four players , over the five years since we first formed the society some of our original members have moved on , either returned to their country of origin or have ventured to pastures new , so we are looking for a few more members to swell our ranks , if you are interested in joining our society ( its free) then please email me Barry Grinsell at bustersgolfsociety@hotmail.com quoting your phone number and current handicap and I will get back to you within a couple of days