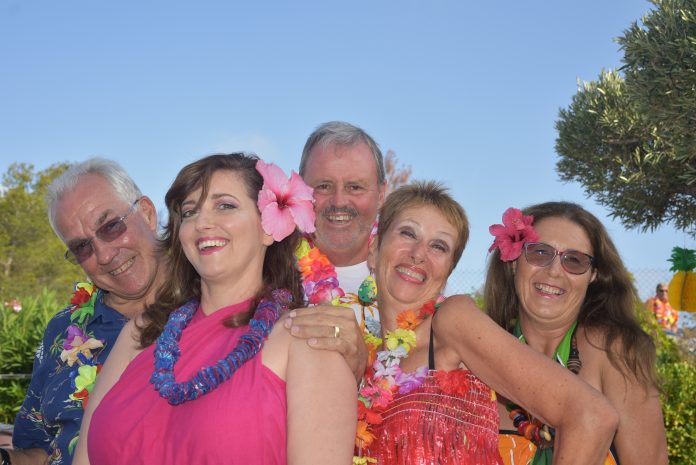 On Saturday, 3rd June, local Freemasons from Javea Lodge No 40 held their summer barbeque in Hawaiian style at The Inn on the Green in Javea. More than sixty-five Masons, wives and guests arrived promptly at seven o’clock for what turned out to be a very enjoyable evening.

Entertainment was provided by no fewer than three different singer/musicians. First up was Frank Abrams a great saxophonist and singer. He opened with some mellow jazz numbers to start the evening then progressed to more pop and ballads as the evening went on. He also put in a lot of effort to get people enjoying themselves and getting them on to the dance floor.

Second up was ‘Grey Jam’ (better known to some of us as WBro Graham Scutt) who entertained us royally on the electric guitar. This was his first appearance in front of a Masonic audience. If he had any nerves he hid them well and received a huge round of applause after each number.

I am sure we will be seeing much more of him at future events! Later we had yet another, guest, singer in the person of John Olliffe who played acoustic guitar and sang some great ballads. These three alternated throughout the whole evening and were very much appreciated by all present.

A barbeque was supplied with a choice of burgers, chicken, pork and several salads followed by a choice of desserts, though most guests seemed to eat all of them! There was also a grand charity raffle which offered some great prizes and raised the magnificent sum of five hundred and sixty-seven euros.

The Worshipful Master of the Lodge, Worshipful Brother Matthew James thanked everyone for coming and said that this money will be donated later in the year, along with other funds raised, to La Fe Hospital Children’s Oncology Department where I am sure it will be put to very good use. 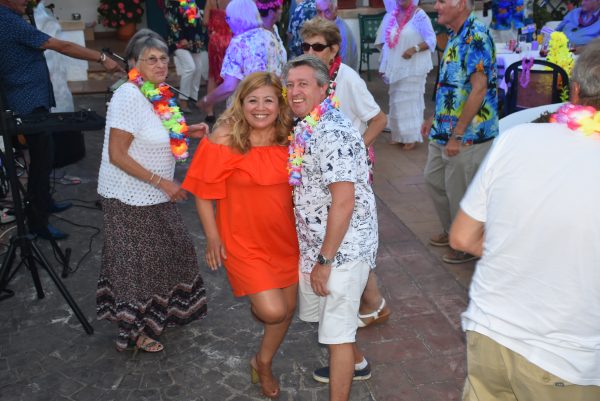 The Provincial Grand Master, Right Worshipful Michael Shilan also said a few words saying that thanks to the generosity of Javea 40 and their guests, and the other Lodges of the Province, that we had also raised sufficient money to sponsor thirty children to go to the Masonic Summer School which is held annually in Guardalest in July.

This was a great evening enjoyed by everyone who attended. I am sure the guests are already looking forward to next year’s event.

If you are interested in donating to this very necessary charity or would like more information about Freemasonry in this area please contact me on the email address below.