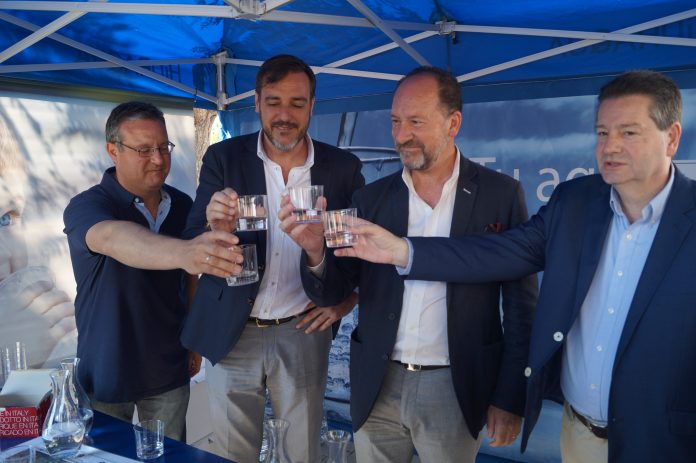 The Diputación de Alicante has finally completed work that, after many years, will finally supply drinking water to the Oriolana hamlet of Barbarroja. The water will now be routed through a network of pipes called the Tabilla Channels which flow from Albacete through Alicante and Murcia providing drinking water to over 900,000 people along the way.

Speaking at a ceremony to mark the occasion the mayor of Orihuela, Emilio Bascuñana, said that “Barbarroja has been waiting for this project to be completed for many years. It was a promise that we made when the current government was first formed and with the help of the Diputación de Alicante and the neighboring municipality of Hondón de los Frailes we have finally been able to deliver on our pledge.”

Bascuñana was accompanied by the councillors of Infrastructure and Pedanias, Juan Ignacio López-Bas and Víctor Valverde, as well as the local town hall representative, Antonio Galiana, and representatives of Hidraqua who carried out the work.

He said that the work has been fully funded by the Provincial Government with a total investment of 127,000 euros, as a result of which the district will have, after many years, a guaranteed supply of quality drinking water”.

Orihuela Ciudadanos told to stop ‘sitting on the fence’.