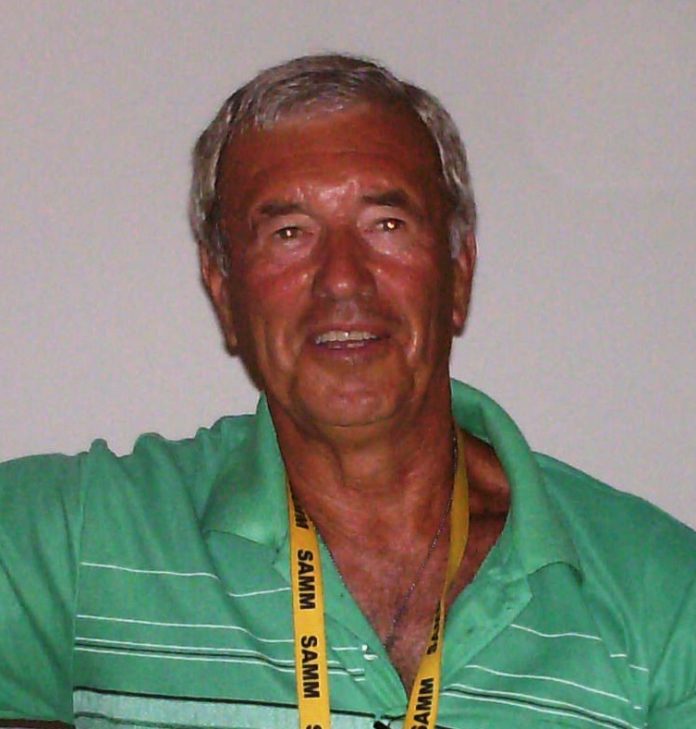 Sunday May 7th, 10am and SAMM officials and competitors arrived at CTD for the third race day of the Spring 2017 season. The sky was blue, the sun warm but where was the wind? Don’t worry, the forecast says it is coming and by the time the first race was due to start it had arrived at a gentle 7 knots.

The two Sailfish 18’s were first away at 11.45am followed 10 minutes later by one two man and five single handed dinghies for the planned four lap race. The Sailfish maintained their lead for the first lap but were passed by three of the dinghies during the second lap. Due to the conditions the pace was slow and unexciting so the Race Officer shortened the race to three laps.

The wind was up to 9 knots by the start of the second race at 2.30pm and gradually increased to 12 knots, which produced the excitement missing in the first race. The Sailfish were again away first. Mistral got the best start but was soon overtaken by Sirocco. The Laser 2000 and RS Quba Kiwi had the best start of the six dinghies and these two and the Topaz Duo were soon fighting for the lead.

The Skipper 12 was struggling especially when trying to tack to get through the gate and lost so much time in the process that she retired after three laps. The finish was difficult, requiring a tack to finish up-wind.  The RS Quba Kiwi got it wrong and hit the finish mark requiring a 360° penalty and re-finish. The RS Quba Lola almost did the same as did the Sailfish Mistral.

A bit of fun ensued when the Sailfish Sirocco twice dropped their boat hook overboard when trying to pick up their mooring under sail because the outboard would not start. Thankfully it was recovered both times by some skilful manoeuvring and they eventually were safely secured.

After the handicaps were applied the RS Quba Kiwi with Tug Wilson at the helm was found to have won both races despite the mishap at the finish of the second.