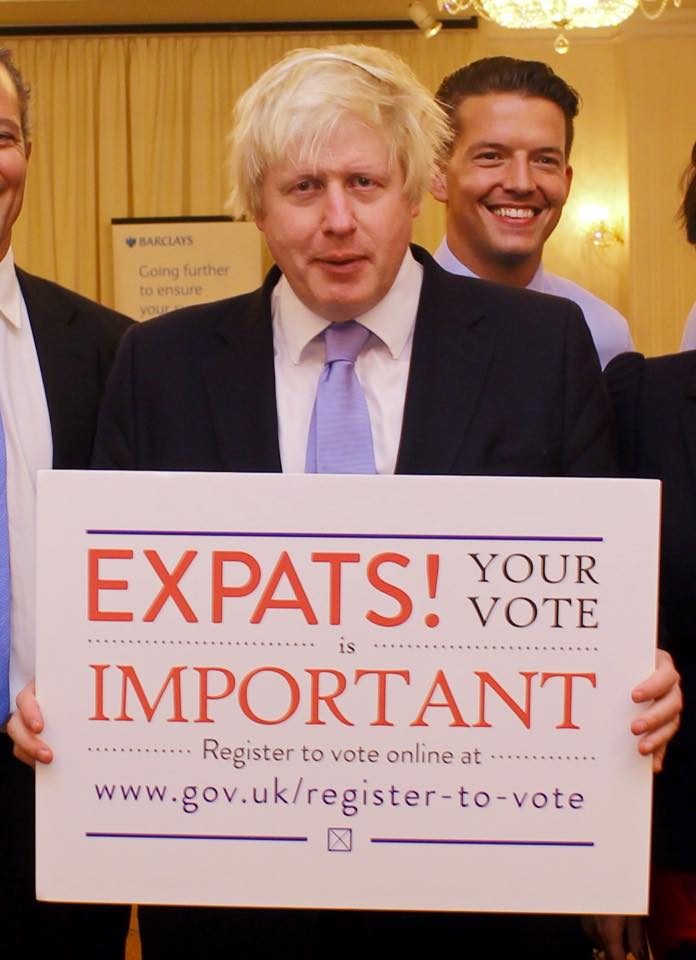 Like many expats, I completed and posted my voting form for the UK General Election yesterday. In some ways, it was a significant moment, and I should have taken a photo of the event, since this may be the last time that my partner and I will be allowed to vote as expats living in Spain.

We will soon hit the 15-year rule that applies to expats, after which we are no longer eligible to vote under current UK rules. There has been pressure, including court action, over many years to force the UK Government to change the 15-year rule for expats to one where expats may vote for life, but this has always been thwarted, delayed and convenient reasons given for not proceeding. I guess much depends upon the way that the governing party views expat votes; are we likely to support the current Government or not?

Despite the shortcomings of the current electoral system, which fails to represent the views of a wider constituency through proportional representation, we should always take the opportunity to use our vote.

There are some expats who claim that expat voting is a pointless exercise and even morally wrong, since we no longer live in the country, do not claim benefits, and do not use the health service. Many expats rarely visit the UK after they have left, and only return for the occasional family wedding or funeral, so they question whether they have the right to express an opinion that can seriously affect the conditions of the population remaining in the UK.

Expats do have a right to express an opinion as to who should form the next UK Government. Many expats have children and elderly relatives living in the UK, and feel the need to have even a minor involvement in the future direction of the country. The old saying that “You can take the Brit out of Britain, but you cannot take Britain out of the Brit’ is so true in these circumstances.

Many UK expats receive a pension of some kind from the UK. The level and conditions linked to receipt of the UK state pension or company pension, and the amount received, is determined by government policies. Exchange rates and currency fluctuations are also the direct result of government policies that form the economic health of the nation. The levels of state benefits, even winter fuel payments to British expats residing in some of the colder European countries, and reciprocal health services are all determined by the UK government of the day.

Many expats continue to pay taxes to the UK government, based on UK earnings and pensions even though they left the UK many years ago. It is therefore right that expats should continue to express a view as to who should spend their taxes and on what priorities.

The electoral system in the UK is by no means perfect, since it fails to represent the wider range of views of a complicated and increasingly vocal population. We are told that the current ‘first past the post system’ continues to have many advocates, but in recent years it has not served us well, and many voters feel disillusioned and disenfranchised by most politicians.

The opportunity to change the voting system was put to a referendum vote several years ago, and rejected by voters, and so we have to make the best of what we have.

Expat votes are now even more important since the UK is about to leave the European Union, where relationships, deals and agreements with our host countries will become even more important in the years ahead. We may feel that a simple cross against the name of a person that we do not know, and support for a political party that will eventually let us down is a pointless exercise, but it is all that we have and it is right to use it.

I hope that whichever political party eventually forms a government, they will recognise the need to ensure that British expats can continue to exercise this simple democratic right to be involved. The 15-year rule should be abolished and expats should be allowed to vote for life.