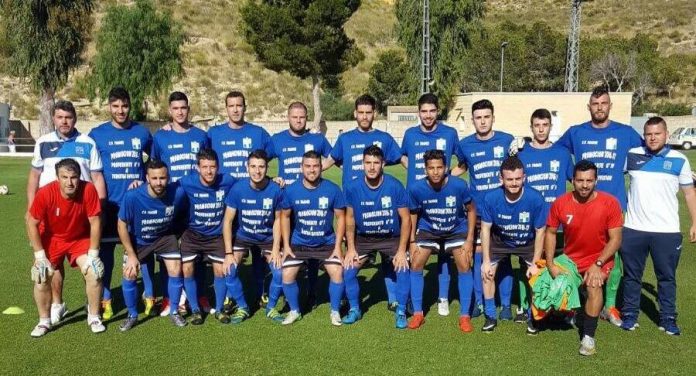 CD Thader´s finished their scheduled league matches on Saturday, with a loss 4-2 at home to Jove Español. It was a dissapointing end to a season that has been brilliant for the club from Rojales, who finished third behind Villajoyosa and La Nucia, qualifying for the playoffs to get promoted into the Spanish Third Division.

Thader had clinched a place in the playoffs two weeks ago in a thrilling game against Hercules B, the other team who were pushing for third spot. Over 800 fans witnessed a great comeback, after being 0-2 down with 15 minutes to play and coming back to win 3-2 with the winner coming in the 95th minute.

The draw for the playoffs takes place on the evening of the 22nd of May, and will draw CD Thader against one of three teams who finished top in the other three groups of Preferente in the Valencia region.

To get promoted Thader must win two rounds of home and away ties. We do know however that the first leg of the first tie will be at home. Kickoff is at 19:00 this Saturday, the 27th of May however they recommend arriving early to avoid parking problems and missing the start of the game.

Tickets for the match are on advanced sale for just 5 Euros and can be purchased in various places such as: The Old Don Carlos in Quesada, the Bridge Bar in Rojales, Tu Cantina, La Noria and Josemar, all in Rojales. Tickets on matchday at the gate are 10 Euros. With a bar open at the ground and a band helping to animate the crowd, this Saturday promises to be a great day of football with great atmosphere.

Get yourselves to the match on Saturday at the stadium in Rojales, located at the sports centre up behind Mercadona in Rojales.  #MUCHOTHADER

Joleon Lescott out of retirement to play for Racing Murcia

Azscore can offer all the latest football scores