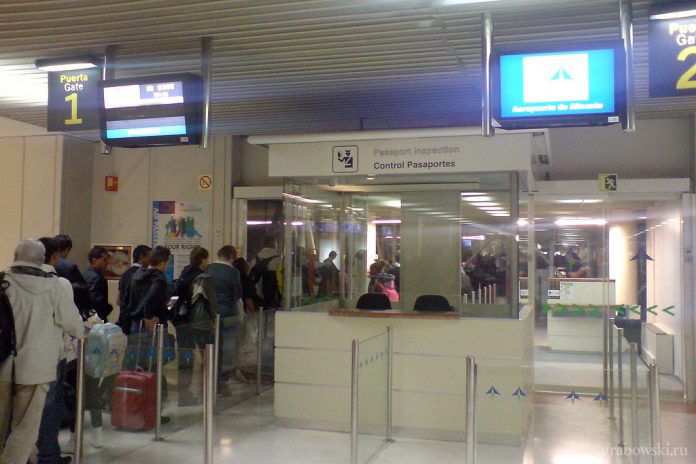 Three trade unions have complained at the lack of police in Alicante Airport. They say that they were promised that additional staff would be employed to deal with new EU legislation but this has not yet happened. As such there are long delays with people spending far too long in unnecessary queues.

This was especially frequent last weekend when at least two women fainted and had to receive medical care. This has now been denounced by the CEP, SUP and UFP, stating that the Directorate General of Police has not increased the staff at Passport Control to be able to implement the new European Union regulations that require control of passports following the Schengen agreement to which the United Kingdom is now an exception.

This new EU regulations were put in place on 7 April with the aim of guaranteeing the security in the airports following the increased security threat.

According to the unions, in the Province’s police stations there is a deficit of almost 400 police officers and this is also reflected in the shortages at Alicante airport where staff levels are similar to those back in 2007 despite a massive increase to flights and passenger numbers.

The new European Union regulation obliges police officers to check every travel document on their database for all passengers who do not travel within the Schengen area. According to the SUP, CEP and UFP, until April 7, agents performed only minimum checks on flights to and from the United Kingdom, a requirement that has now changed.

The trade unions state that the EU regulation require that Member States deploy adequate staff and facilities to carry out such systematic inspections. Their failure to do so at the 5th busiest airport in Spain is putting everybody’s safety at risk.