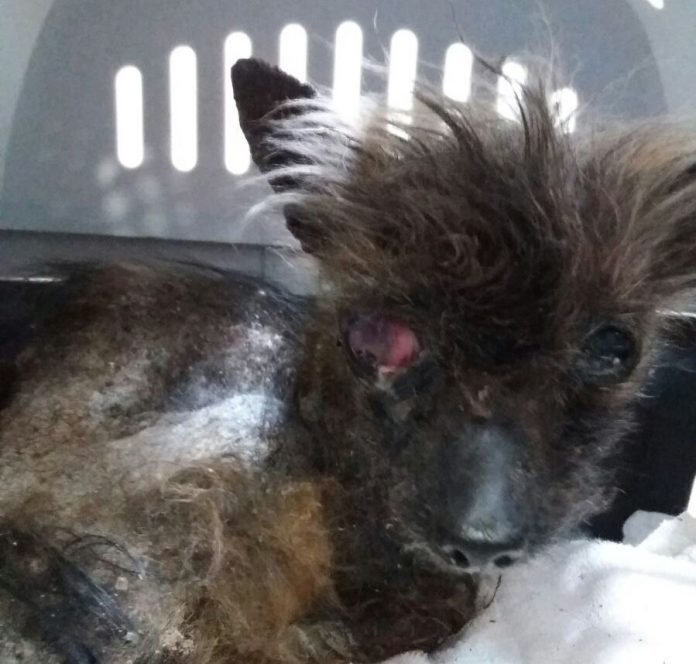 Torrevieja police are urgently seeking the owner of a badly abused dog after it arrived at the Municipal Animal Shelter on Thursday, prior to its immediate transfer to a veterinary clinic

The councillor, Carmen Morate, said that the animal was in such a terrible state that there were grave fears for its survival and despite the efforts of the animal hospital their fears were confirmed on Friday afternoon when the animal had to be put down to save it from further pain and suffering. 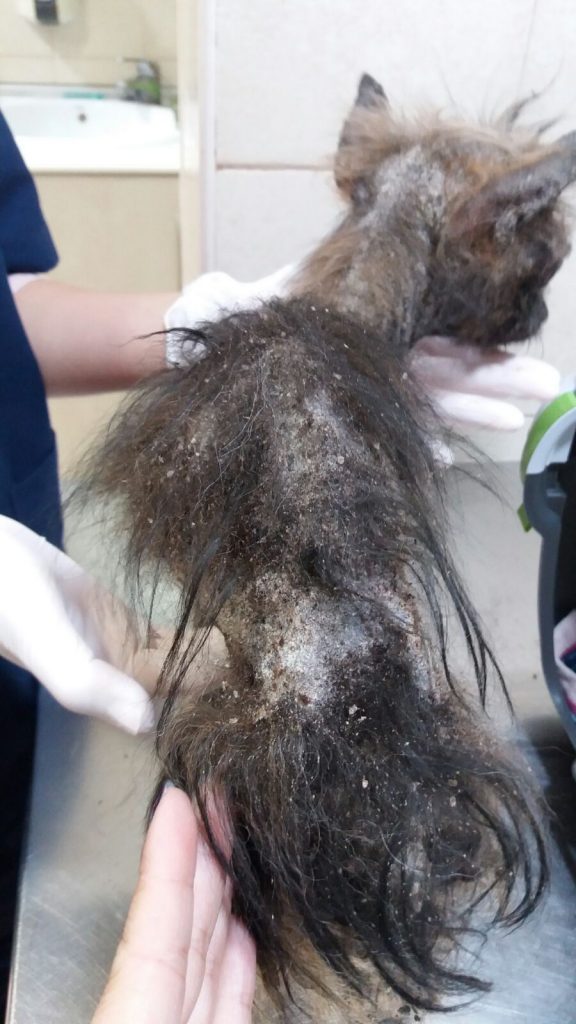 On arriving at the shelter the dog was less than two kilos in weight, with protracted evidence of physical wasting causing loss of weight and muscle mass due to disease. It had infection in both eyes, it was infested with fleas, and had practically no hair

The volunteers named the Rocky as a symbol of their willpower and their desire to fight for it life, but after falling into a coma the dog eventually lost its fight for life.

Police are now asking the public for their help in locating the owner of the dog as they intend to bring criminal proceedings against the individual who has committed a criminal offense due to the lack of care which he failed to provide to the deceased animal.

If found guilty the individual could receive a sentence of between 6 and 18 months imprisonment and disqualification from owning an animal from 2 to 4 years. (Article 337.3 CP).

Anyone with information is asked to email it in confidence to sanidad@torrevieja.es

Torrevieja Mayor concerned that city is to remain at phase 1

This Cat Bowl Will Solve ALL Your Problems!

A FISH OUT OF WATER

Moving on to Phase One in the Vega Baja

WILLIE THORNE TOLD HE COULD DIE BY MEDICS