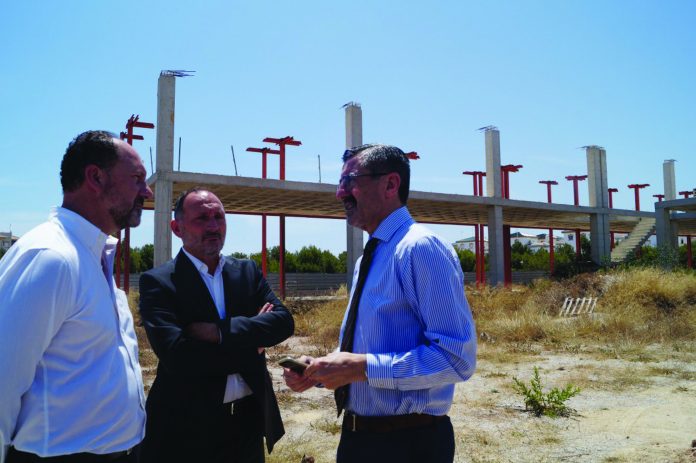 Prior to submitting a final design for the Orihuela Costa Emergency Centre a team of architects from the Orihuela council has been busy remodelling some areas of the building in light of changes to the requirements of the likely staff.

There will now be a rest and recreation area for those individuals who are working a 24 hour shift as well as a dining room with basic kitchen facilities.  The Councillor for Emergencies in Orihuela, Víctor Valverde, also announced plans to install a fire station and a heliport which would be used by either the Guardia, the fire or the Medical services.

The councillor said “We want it to be the coastal centre for all of the personnel and their equipment, which will include security services, emergency and coastal surveillance.”

Construction originally got underway in 2010 but it was abruptly halted only a year later with the bankruptcy of the builder. But now it seems that a budget of 553,696 euros has finally been agreed by the Generalitat which could see the tender documentation distributed toward the end of the summer with a completion date scheduled for 2019.

The cost of preparing the new project is around 20,000 euros which the City Council is already working on.

With the final plans due to be completed in July they will then be sent to tender with a lead time of about 8 months. It is planned that the building can then be completed June 2019, the deadline that has been set by the Consell.