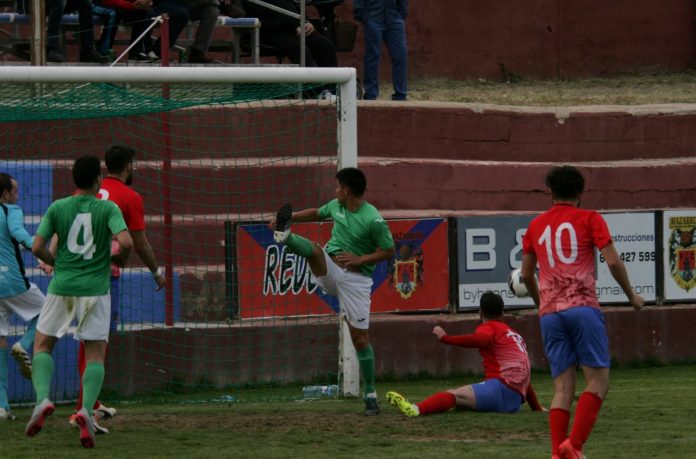 A  goal early in the second half gave Mazarron three valuable points against already relegated CD Lumbreras at the Estadio Municipal and took them to fourth place in the league.

The only real action of a depressing first half came on 11 minutes when Dani’s excellent free kick found Javi Torrano unmarked eight yards from goal but his header was saved. Mazarron were caught in possession far too often and apart from a few cross field balls caused few problems for the bottom of the league team.

Three minutes into the second half Javi Torrano’s cross was steered into the net by Dani after 48 minutes to give Mazarron a welcome lead.

Six minutes later when a rash tackle by Raul Torrano on former Mazarron striker Diego resulted in a penalty kick for the visitors.  Fortunately Diego’s spot kick was well saved by Juan Pedro diving spectacularly to his right.

Mazarron then went in  search of a much needed second goal and, from another Dani free kick, the ball was only half cleared to Miguel who hit a fierce shot against the post. Diego had Lumbreras’s first real effort from open play when he hit a left foot shot just wide after 65 minutes.  Two minutes later Chino’s cross found substitute Cesar who turned inside before hitting a powerful shot just wide of the far post.

On 84 minutes Miguel’s shot bounced off the visiting keeper’s chest to safety. Then Raso hit a thunderous drive from some 40 yards which cannoned off the keeper and Miguel was again unlucky with a superb overhead kick which hit the post.

Man of the Match: Juan Pedro