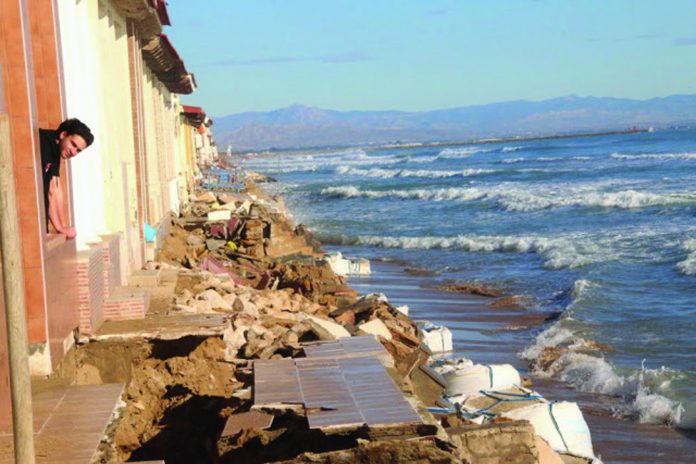 The residents of Babilonia beach in Guardamar del Segura have said that they will assume the cost of repairs to the damaged walkway separating their homes from the beach and that was destroyed following the heavy storms in December.

The owners of the 108 remaining homes confirmed last week that they will pay the 800,000 euros that it will cost to rebuild the footpath and that they will then attempt to reclaim the money from the Ministry.

Although a court ordered the Coastal Territorial Service of Alicante to “immediately take the necessary measures to consolidate the walkway and existing houses” last February, the Directorate General for Sustainability of the Coast, under the Ministry of Environment, claimed that it lacked the budget to undertake the work and urged the residents to take it on themselves.

Each of the 108 families will now have to pay a sum of between 6,000 and 7,000 euros, which Babylonian Association secretary, Manuel López says will force some neighbors to seek a loan.

“We are not rich people here, some will find it easy to pay, but for others it will be very difficult.”

The project commissioned by the owners includes improvements that didn’t previous exist such as disabled access to the beach. What will be reinstated is the 2 metre wide footpath which will also reinforce the breakwater so that the force of the sea does not bring it down again. The work includes an aesthetic improvement of steel.

“We plan to start the works as soon as possible but first we have to inform the court of our decision and ask for the appropriate permits,” said López.