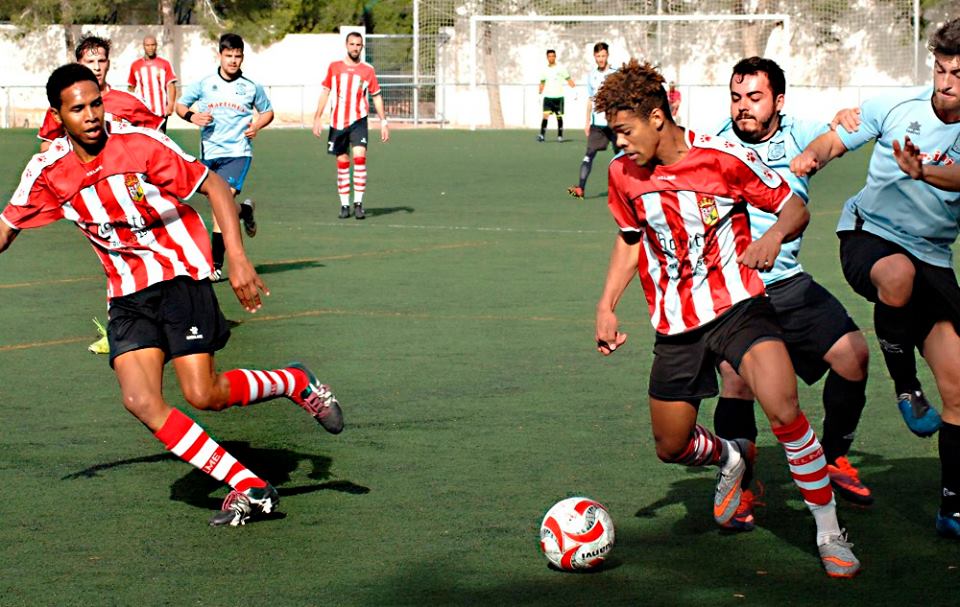 Los Montesinos football team CD Montesinos will be focussed on promotion during the Easter weekend as the Alicante based club’s long awaited celebrations are within touching distance – leading the 2nd Regional Grupo 16 of the Valencian League – with the mouthwatering fixtures against Racing San Miguel CF beckoning once again next season.

Away from the Premier League and La Liga millionaire 21st century circus, football at grass roots level will hopefully be coming home, for the plethora of CD Montesinos die-hard fans, with the ‘Full Monte’ Supporters Club members.

Over 500 fans packed into The Campo Municipal Stadium ahead of the Easter break, when CD Montesinos defeated CFP Orihuela 5-0, to remain top of the 2nd Regional Grupo 16.

Carlos Perez, who took over as coach, just two games into the 2016-17 season, has seen his team defeated just once since he was appointed at the helm in October.

Proud Carlos was in the dug-out in front of CD Montesinos’s biggest ever crowd of 554 spectators on April 9, watching the 5-0 win against Grupo Caliche.

And praise was aimed at the faithful CD Montesinos fans following their overwhelming support this season: “It has been fantastic what the fans have done for us. The fans mean so much to the players and club,” said Carlos.

CD Montesinos have two games remaining, to clinch the Championship title, with an away fixture against Dep. Orihuela CF ‘A’ on April 23 – and a home fixture against Grupo Caliche on April 30.

CD Montesinos’ fate is in their own hands. Victories against Dep. Orihuela CF ‘A’ and Grupo Caliche will see the Vega Baja club crowned Champions.

Former Coach Roberto Cases, who departed CD Montesinos at the end of last season in a move to UD Pilar Horadada, will come up against his former club, pending promotion, adding extra bite to mouthwatering fixtures, underlined with games against local rivals Racing San Miguel CF.

And Roberto exclusively told Sportstalk: “I am very happy for the club and the players.”

With the long-awaited promotion dream upon the club ‘Monte’ coach Carlos Perez, who brought in new players at a time when the club was in the doldrums, including Aure, Carlos Ventura, German, and the return of Vazquinho, said: “When I arrived we had a good squad of players, and the players who I signed have made a difference.

“I have felt happy with the squad this season. There’s been a good atmosphere. This was underlined when we never missed a training session over the Christmas period – and nobody moaned about it.”

CD Montesinos were backed by the Town Council this season with the announcement by Los Montesinos Mayor Jose Manuel Butron that funds of 110,000 euros would be made to update facilities at the ground, including the construction of a new stand, updating changing room facilities and wheelchair access at The Municipal Stadium.