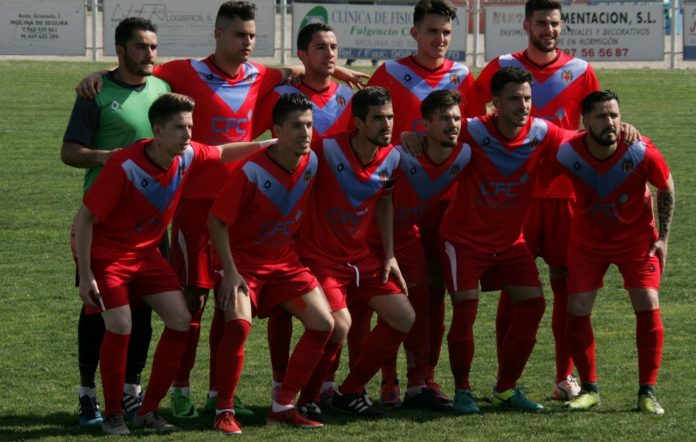 The game started at a fast pace with Molina having the first opportunity with a shot which was well over the bar. Chino was prominent for Mazarron showing some good skill but most of the early play was confined to midfield.

Mazarron began to pass the ball around nicely and a good header from Boudia was on target but straight at the Molina keeper. Mazarron did have the ball in the net but the “goal” was disallowed and then Steven went close when he rounded the keeper who quickly recovered and managed to gather the ball.

A number of bookings interrupted the flow of the game but Molina went close when Adrian deflected a shot over his own cross bar. Mazarron continued to press forward but again lacked the finishing touch in front of goal and the first half ended goalless.

The second half started at a good pace with both teams playing good football making it an enjoyable game to watch. Substitute Dani provided a number of opportunities from free kicks but none were taken. However, the visitors took the lead on 53 minutes after more good work from Chino whose cross was turned home by Miguel.

The goal spurred Molina into action and they started to exert more pressure on the Mazarron defence. Despite this Mazarron were not going to settle for the one goal but were unable to covert a number of half-chances. At the other hand a Molina free kick was blocked by the wall and Juan Pedro made a good save from the follow-up shot.

Mazarron were reduced to ten men in the 72nd minute when Marcos was sent off after receiving two yellow cards. Molina not surprisingly took control of the game with the extra man advantage and the pressure paid over after 80 minutes when Javier scored the equaliser.

Molina had a player sent off in the closing minutes for a second yellow card and there was total of 11 bookings in the game.