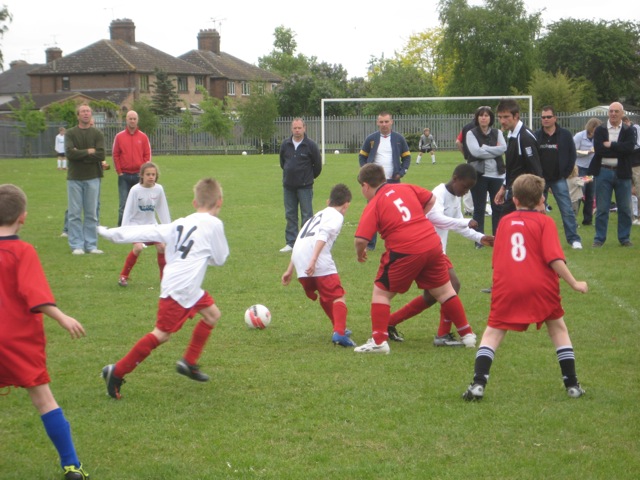 This week saw the League Leaders at La Puebla so it promised to be an exciting contest.  Daya were without a number of their regular players but were certainly not overawed by their high flying opponents and were their equal in the early part of the game.  It was a fast, furious and physical match and on eighteen minutes a good chance from a free kick saw Daya go close to taking the lead but the ball didn’t quite fall kindly for Cuco !

As the half wore on the visitors were becoming more dominant and on twenty six minutes Jaimie had to make a great save to keep out a goal bound shot from Guardamar.  On twenty eight minutes the visitors won a free kick from close range but failed to test Jaimie this time.  Daya were not letting their visitors have an easy ride though and were causing a few problems for them on counter attacks.

In fact the home side were now coming back into the game and were finishing the half the stronger.  Just before the interval a well worked move by Daya saw a brilliant finish just flash wide of Guardamar’ s post !  So 0-0 at the break with the home side having been just the better in what had been an end to end affair.

Unfortunately I was unable to stay for the second half owing to a prior engagement.  I am reliably informed the second period continued in the same way as the first.  The play was fast and furious, with both sides looking likely to win the game.  It was Daya though who scored to nick the game by the narrowest of margins.  This was sweet revenge for their defeat at Guardamar’s patch by the same score earlier in the season.