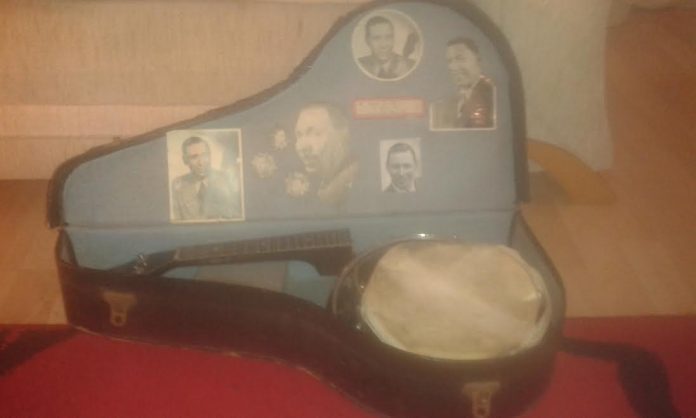 A disassembled ‘Melody-Uke’ Banjo, said to once belong to ukulele star George Formby, has been offered to be used in the film ‘Formby’s Lost Love’.

London based Stuart Chipperfield, who was left the Melody-Uke by a gentleman who he cared for, contacted Formby’s Lost Love author Andrew Atkinson, who is turning the book into a film with Preston Movie Makers. 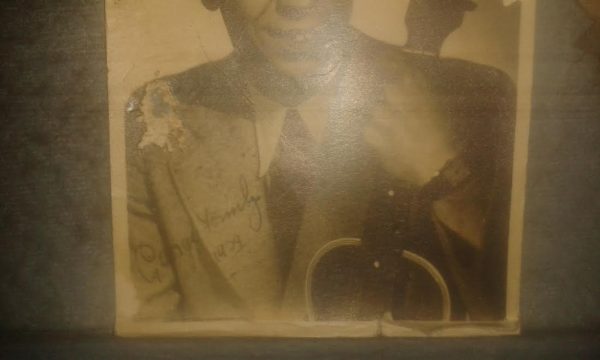 “Andrew is more than welcome to use the Melody-Uke in the film Formby’s Lost Love,” said Stuart.

The gentleman who Stuart cared for, for 15 years, has passed away. And Stuart said: “I’ve kept this close to me – until the right time came along – which is now. It has been in the attic,

“And if Andrew would wish for the instrument I will send it to be used in the film.”

“The Melody-Uke could well be one that George Formby used during this time. The uke and its case are certainly well-worn, and as such, deemed as being well-travelled,” said Los Montesinos, Alicante author Andrew.

It has been confirmed that following Formby’s death in March 1961, and a subsequent auction of his belongings in June the same year, a Melody Uke was amongst his assets for sale.

“The George Formby instrument belonged to a gentleman who has passed away. He purchased it at the auction in 1961,” said Stuart.

The Melody-Uke Banjo will need a complete overhaul repair – including tuning pegs, the vellum drum head, which is severely damaged.

If a Banjo repairs specialist is interested in tasking the challenging Melody-Uke repair contact Andrew Atkinson on: 07702340744.

“It is great in what Andrew Atkinson is doing, in producing a movie, based on his book Formby’s Lost Love. Good luck on the show,” said Stuart.