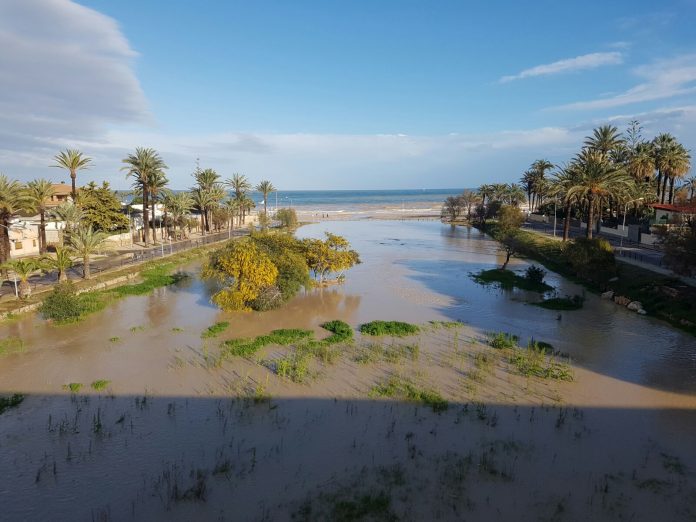 Hidraqua, the agency responsible for the Storm Water Master Plan on the Orihuela Costa, say that they have identified 12 situations and places in which poor urban planning disturbs the natural watershed, but the City Council say that they do not have the funding available to rectify the situation and they will have to rely on either European or state aid to put matters right.

The cost of the repairs and the flood prevention measures would be in the region of 17 million euros although it could be as much as 22 million euros.

The consultative document identifies 12 sites where, with each occurrence of torrential rain, accumulates water exceeding three meters in depth.  This document will be publicly displayed in the coming weeks, and although we now have detailed information on what the exact problems are in terms of floods and their solutions for the very first time, according to Councillor Juan Ignacio López-Bas (Cs), putting the theory into practice will not be easy.

The reason, he says is that the City does not have the necessary funds to undertake these works, which despite being broken down into 12 different projects, many of them could not be implemented even in a 12 month period.

The average amount for each exceeds one million euros, although there are a number of smaller tasks which will cost little more than 63,000 euros, as is the case in Mil Palmeras. Other more important work, such as those in La Zenia or Florida, are around 3.5 million euros each.

López-Bas said that the City of Orihuela will therefore have to wait for “investment projects by European, state and some autonomic funds. He added that for the first time the authorities now know what the real needs are, where they are and their cost, since this is the very first time that such a study has been carried out.

The manager of Hidraqua, Juan Jose Alonso, said that one of the main reasons for coastal flooding has been the replacement of the natural ramblas over the years by urban development, millions of tonnes of cement, streets and houses, as a result of which the natural water channel has been interrupted, causing these problems.

Some of the areas most in need and their approximate costs:

Palace Pier 25-1 to 10-1 for Epsom Derby after scintillating Newcastle...