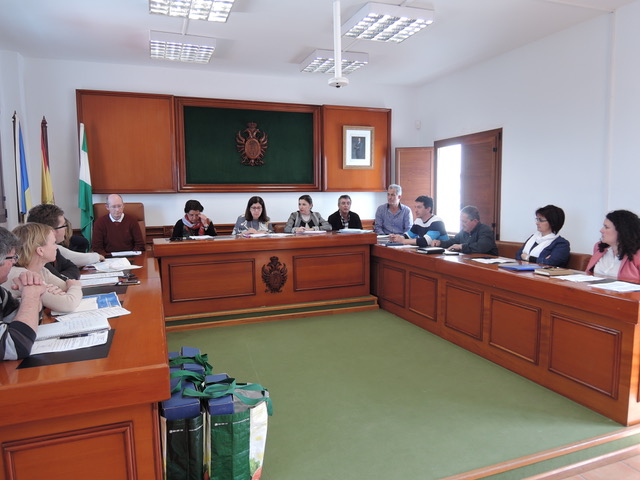 Mojácar Town Council recently held an extraordinary plenary session in which the General Town Planning Strategy was given provisional approval.

The agenda also included an analysis of the objections submitted to the initial General Plan approved earlier, as well as the approval of the Strategic Environmental Study of the Junta de Andalucía.

Mojácar’s Mayor, Rosmari Cano, stressed the importance of having a General Urban Plan since no previous Municipal administration has had one. For the Mayor and her governing team, it is important for Mojácar to have a suitable strategy for urban development and a stable and safe reference framework in its urban planning.

It was also necessary to take into account the many changes made in recent years relating to the Territory of Andalucia Ordination Plan (POTA); The Andalucia Coastal Corridor Protection Plan and the Levante Almeriense Territory Development Plan (POTLA), all of which influence the municipality.

Mojácar’s General Urban Planning Strategy was initially approved in September 2014. Between this and the provisional approval in this extraordinary plenary, there have been some modifications including the increase of urbanized land, unconsolidated urban land and industrial land.

Non-sectionalised urbanized areas have been adjusted with the main objective of creating a long-term land reserve. Structural roadways have also been incorporated, especially the coastal relief road.

The municipality of Mojácar has a number of large protected areas such as the Red Natura 2000, Vegas tradicionales, the Rio Aguas, the Andalucia Coastal Corridor Protection Plan as well as those covered by the Coastal Laws and POTLA.

Mojácar’s General Urban Plan complies with all the rules and guidelines and incorporates them to add value to the uniqueness of the municipality. This involves creating parks, repairing rural roads, establishing footpaths, viewpoints and other recreational spaces that will complement the traditional offer of sun and beach, whilst favouring the integral use of the territory.

With regard to the construction of houses, Mojácar’s capacity to develop 100% of the PGOU, would be 15,000 houses (the currently total of houses built is 9,511) and a capacity for a population of some 25,800 inhabitants.

During the period of public consultations, a total of 105 objections were received, of which the majority involved rural areas.

After a study by Town Council technicians, a total of 32 objections were resolved, 25 partially resolved and 48 rejected.

In the special plenary session held last Wednesday, the Strategic Environmental Study was also approved, prepared by the Andalucian Government, which regulates all actions and standards related to the environment, climatic factors, cultural heritage and landscape in the Andalucian Autonomous Community.