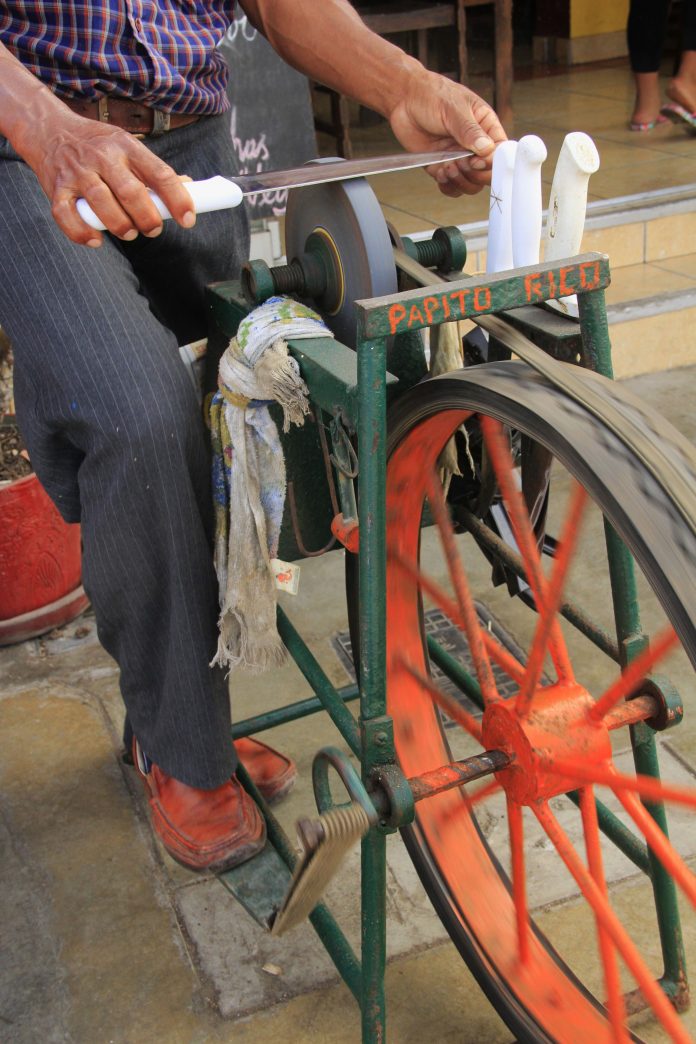 I always admire people who get off their backsides and do something worthwhile with their lives. People, who have an idea, recognise a niche in the market and attempt to fill it with their own hard work, imagination and effort. Maybe their initiative will lead to something larger than they initially imagined, or maybe it will remain as a useful, but small business. The important thing is that they had a dream, and they succeeded in realising their dream.

It had been haunting me for several years. The sound of panpipes when I was least expecting it finding its tuneful way through open windows or when I was quietly tending the garden. The problem was that I could not link the sound to anyone or anything. At first, I thought that maybe a neighbour’s child was practicing the flute, or a piccolo.

Possibly, it was the early onset of insanity, or one too many, since I could not find anyone else who had actually heard it. Some considerable time later, I heard a similar sound in our neighbouring town, but that turned out to be a delivery of bottled gas. Anyway, it was not exactly the same sound, which I would recognise anywhere.

A few days ago, I finally discovered the source of the sound. It comes from a travelling knife sharpener who uses the sound to warn and attract potential customers of his arrival. I caught him in the act one afternoon when I was pruning a tree. Our boisterous dog, Bella, suddenly heard the noise in the distance and was determined to rescue me from the creator of this strange sound.

I stood in the road expectantly watching as the sound became louder and louder. Eventually, an ancient moped came into sight carrying quite a large elderly man. Sadly, he was not actually playing the panpipes that I had imagined, but the same sound was coming from somewhere at the back of his moped. 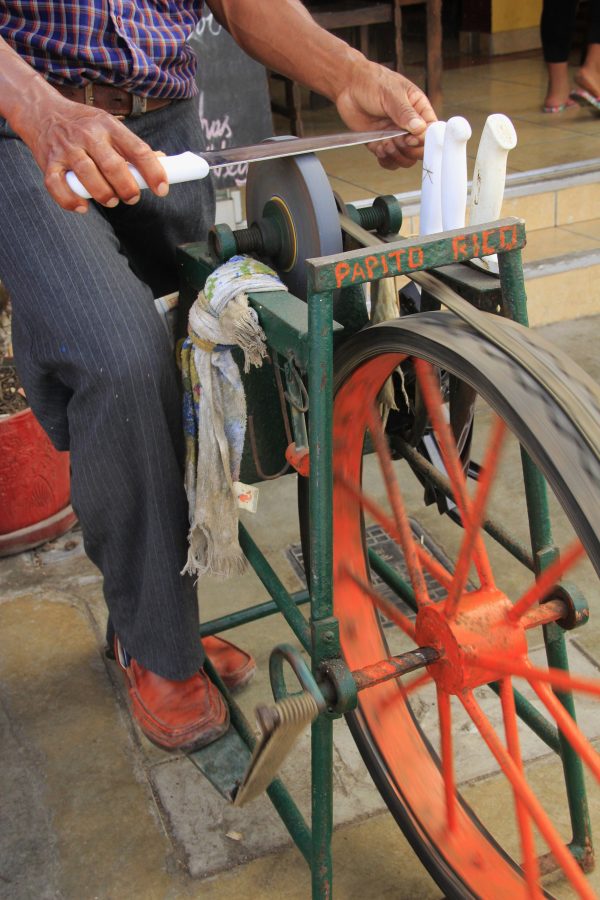 I waved the man down, and he eventually came to wobbly stop. I asked him what he was doing and where he had come from. It transpired that he was a knife sharpener who had travelled from Las Palmas to sharpen knives, scissors and all manner of cutting instruments that require his services from time to time. Do you play the panpipes, I asked? Sadly, he did not. He grinned and pointed to a button on his handlebars. He pressed a greasy, green button and the blissful angelic sounds of panpipes sounded from somewhere near the exhaust of his ancient moped.

Alberto, the knife sharpener, travels all over the island, visiting towns and villages where he thinks people are in need of his services. As I had a pair of secateurs, as well as an ancient yet effective long armed trimmer that were both as blunt as a butter knives, I retrieved them and handed them to him.

I wondered if they were too far gone to be rescued, but he smiled, nodded and started the small generator that was attached to his moped. The generator whirred as he ground, smoothed and manicured the rusty metal on the long-neglected secateurs, whilst I stood back and admired how well the moped had been converted. As well as a small generator, the moped had a grinding wheel and other gadgets added, all powered by the generator, to assist in the process of sharpening and grinding.

Several minutes later the secateurs were completed. They looked shiny and felt as sharp as the day that I had bought them. Alberto then moved on to the long arm trimmer, which I had thought about replacing for some time. This was a much bigger job, and he skilfully ground, smoothed and sanded before he was satisfied with his work.

He asked me for some oil, commenting sadly that a teenager had stolen his can of oil earlier that morning. I handed him a can of ‘Three-in-One’. Alberto nodded, as if approving of my choice, and lathered both tools generously with oil before handing them to me. He grinned a toothy smile as he collected the cash.

I asked for his business card or mobile number just in case I wanted to contact him again, as I have several ancient tools in need of some care and restoration. Alberto had neither, but told me that he would be around again in a month or so. He covers most of the island on his moped with generator at the ready, so I guess it will be some time before we see him again.

Turning back the clock – Some Pictorial memories

Different Kinds Of Essential Oils And Their Uses