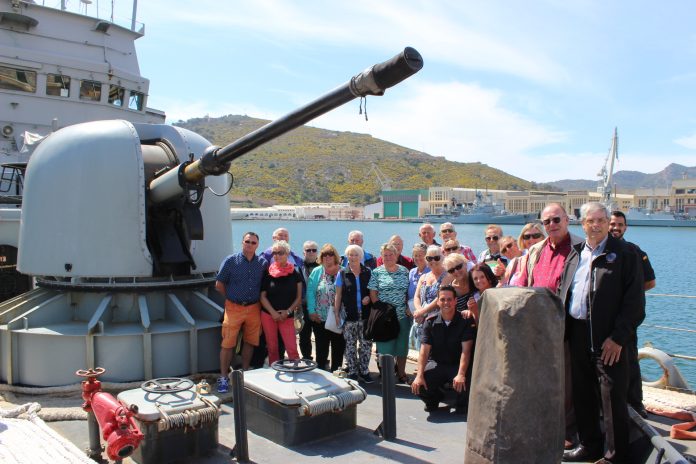 What a superb day in Cartagena on Wednesday. Organised by Torrevieja Retired Activities Club, in conjunction with the Orihuela Costa Branch of The Royal British Legion, over fifty members of the two groups set off bright and early to arrive at Cartagena Arsenal for a 10 o clock start.

Armed with passports, and in light of the current security situation, fully expecting entry to be somewhat of a chore, the intrepid fifty were actually sitting at the Arsenal gate by 9am. A brief visit to the station guard post by the dashing Malcolm, who immediately charmed the Provost NCO into submission, and the coach rolled into the base with hardly a hitch, other than the wallop from Mary as Malcolm got back onto the coach. 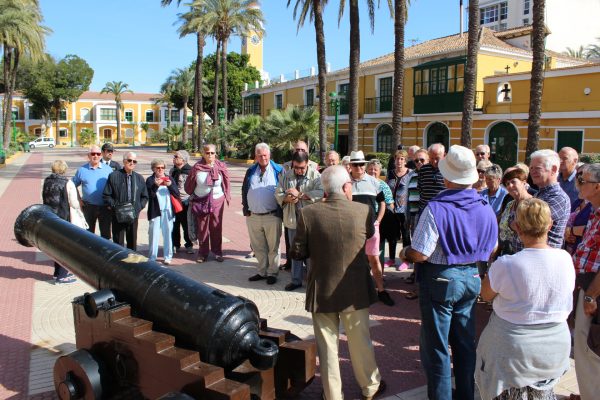 Bright and early, with the assigned guide still rubbing the sleep from his eyes, however, the group were consigned to the cafeteria where many chose to take a belated breakfast but on the stroke of 10 we were ushered back to the main gate where the tour got underway.

With the visit carried out mainly in Spanish the group were fortunate to have the services of TRACS member Pablo, who spent the morning translating for the escorts, perhaps rather more so than he had anticipated at the start of the day, but one that he came to enjoy as the visit progressed. 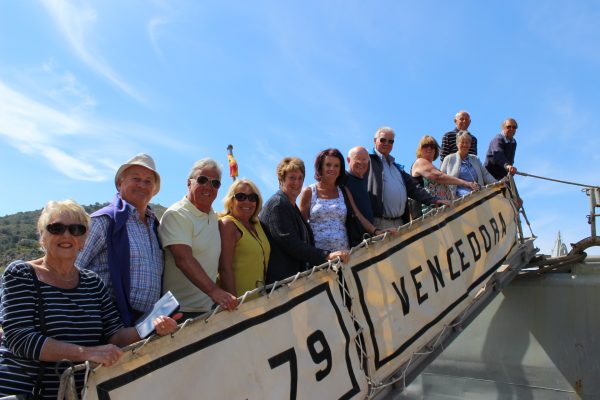 We were slowly escorted around this architectural jewel where construction, which took 50 years to complete, was first undertaken in 1732 by the military architect Sebastián Feringán. And what an absolutely wonderful job he did despite never seeing his finished product.

It was explained that the construction itself was undertaken by prisoners and slaves who would later contribute to the construction of ships and fortifications of the city. The work consisted of the establishment of a large military port taking in dykes, workshops, warehouses and shipyards, which in recent years was followed by the addition of the Submarine School. 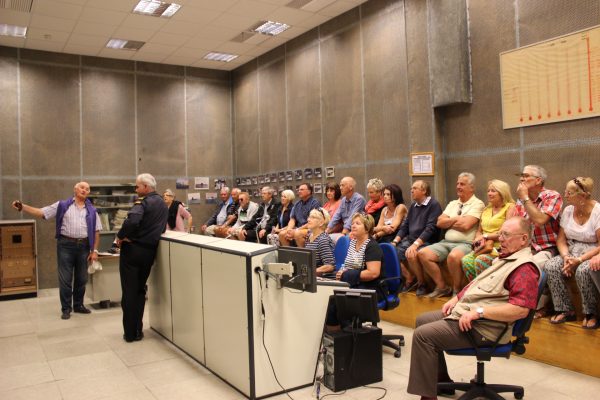 Indeed it was the Submarine School that was the next port of call, first the museum and then the S-80 submarine Simulator which has been developed to help train the crews to sail modern day vessels.

We were then escorted onto the Corvette, the Infanta Cristina, which was first commissioned in 1980. Once on deck the group were shown around the vessel as a young naval engineer explained life on board as well as many of the armaments and operational capabilities. We also toured the bridge, the ship’s command post, from where the senior watch keeper would take charge the ship when out at sea in it’s operational role.

Following a sad goodbye, having enjoyed the visit far more than had been anticipated earlier in the day it was time to enjoy lunch on the seafront before making the short trip along the AP7 to take in the Licor 43 Experience.

An introductory brief was first carried out by our guides before the party was shown around the company museum and the production and bottling plants. Unfortunately the timings coincided with siesta, or it may have been a changeover in shift, but as we were escorted around the facility there was little activity to be seen.  But much of the history, dating back to Roman times, as well as the origins of the company in the early 50’s, was explained as we moved across the factory site. 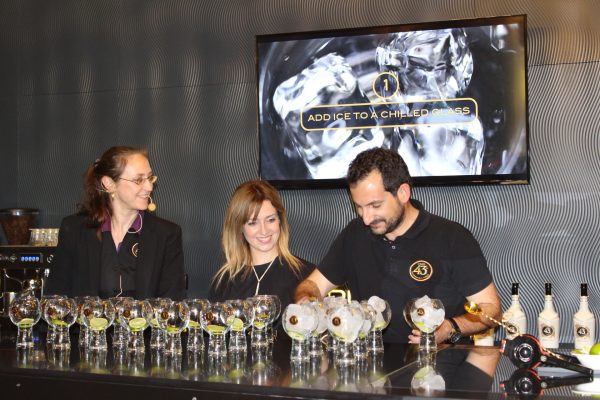 It was then onto the ‘chill-out bar’ where many of us were pleasantly surprised as a variety of products were made available to sample. My favourite, Ginger 43, although it sounds more like a Chinese waiter, was everything we were told it would be, an easy to prepare and fresh tasting summer cocktail, now most certainly one of my favourites…..mmm!

The mandatory shop was of course situated right next door and this was quickly opened as we began to drain our drinks. Quite obviously no likelihood of seconds there!

So what a pleasant surprise when we were actually welcomed by further samples of additional products and company lines, as once again the hardy had the unenviable task of digging deep and emptying the proffered bottles. 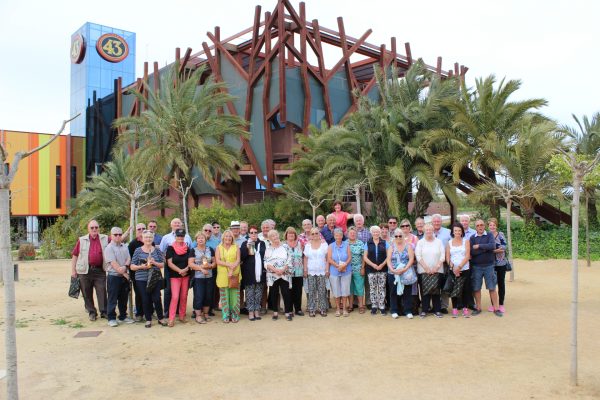 The mandatory flagon was of course purchased and the compulsory photograph taken as we were then ushered back onto the coach for the short journey home.

A very enjoyable day in extremely good company. Well done to organisers Malcom and Mary Rusbridge and we hope that cauliflower ear, Malcolm, doesn’t cause you too much discomfort during the coming days. But at least it keeps your hat up!